An effort to override Gov. Asa Hutchinson’s veto of a bill that would return fines to businesses that violated COVID-19 public health guidelines failed in the state legislature Tuesday.

Members of the House of Representatives voted 39 to 40, with 21 members voting present or not voting, not to override the governor’s veto of Senate Bill 301, sponsored by Republican Sen. Dan Sullivan of Jonesboro. The vote followed an abbreviated meeting of the Senate in which members voted 19 to 13 to override the veto.

Rep. Brandt Smith, R-Jonesboro, brought the motion to override the veto to the House. He said small businesses were unfairly targeted by the state and that this bill corrected an imbalance of power from the governor during the pandemic.

“What I’m asking you to do today is override that veto. Not to poke the finger in the governor’s eye, not to embarrass him, but to stand up for the business owners across our state. They deserved better than what they got and we can remedy that," Smith said.

Speaking on the Senate floor, Sullivan said imposing fines for health violations is one of many ways the executive branch has overstepped its bounds during the COVID-19 pandemic.

"I believe there were many opportunities for the executive branch to engage the legislature in a much more significant manner. The governor believes otherwise. And whether intentional or unintentional, I believe our small businesses were targeted by the government," Sullivan said.

Gov. Hutchinson explained his veto in a letter to lawmakers, read by Senate secretary Ann Cornwell.

"If the rationale of Senate Bill 301 is accepted, then it is equivalent to giving the general assembly veto power over the executive branch and the faithful execution of the law… the legislative branch is not constitutionally empowered to change, after the fact, how law enforcement is carried out."

"The only message sent by this bill is that the rule of law does not matter. It is an affront to those citizens who diligently followed health and safety directives to protect themselves and fellow Arkansans."

Hutchinson said the state acted under authority granted by the legislature in imposing fines, and that businesses had the right to appeal violations. The measure now goes to the House, where if passed with a simple majority, it will successfully overturn the governor’s veto and become law.

The bill allows for the legislature to go into recess after that date without formally adjourning, to allow for lawmakers to reconvene in the fall to re-draw state House and Senate districts as well as consider COVID-19 related legislation and to address vetoes, or to correct errors or oversights. The measure passed the House Monday and now goes to Gov. Asa Hutchinson for approval.

Tuesday’s meeting of the Senate adjourned before most scheduled bills were considered due to technical difficulties. Lt. Gov. Tim Griffin said a fire at an off-site server facility caused a shutdown of the legislative body’s voting equipment. 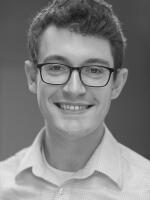 Sarah Kellogg
Sarah was drawn towards radio reporting her freshman year in college at the University of Missouri in Columbia, where she already knew she wanted to be a journalist. Throughout her junior and senior years, Sarah reported and produced stories for KBIA, the NPR member station in Columbia. She received her bachelor’s of journalism in Radio/Television reporting with an emphasis on radio.
See stories by Sarah Kellogg