Arkansas House members on Tuesday (April 20) approved the 2021-22 appropriation bill for the Arkansas Department of Human Services Division of Medical Services on the fifth attempt paving the way for lawmakers to end the legislative session next week.

But first, the Senate must approve the appropriation for the Department of Commerce, which failed for the second time. In other business, senators voted to outlaw the use of “vaccine passports.”

The vote in favor of Senate Bill 55 – which included funding for Medicaid funds – was 78-14 with 5 not voting and 3 voting present. It required a three-fourths majority, or 75 votes. It had failed on four previous tries, starting with a 54-31 vote April 13 and leading to a 72-19 vote April 19.

This has happened in numerous previous legislative sessions. The bill funds the agency that manages Medicaid and the controversial Medicaid expansion program now to be known as Arkansas Health and Opportunity for Me, or ARHOME. That program is funded by the Affordable Care Act, otherwise known as Obamacare. Since its creation in 2013, some Republican lawmakers have opposed it as an unacceptable expansion of government health care and have used the appropriations process to attempt to stop it.

But lawmakers won’t be able to end the session without appropriating the money required to run state agencies. Rep. Lane Jean, R-Magnolia, House chairman of the Joint Budget Committee, later told House members the committee will meet April 21, and he hopes to pass the Revenue Stabilization Act (RSA) that funds state government out of committee the next day.

COMMERCE CRITICISM
Across the Capitol, senators failed to approve SB 132, the appropriation for the Department of Commerce. The vote was 24-2 with 7 not voting and 1 voting present. The vote fell short of the 27 votes needed for passage. It was the second straight day the bill failed to pass.

Sen. Trent Garner, R-El Dorado, one of the two no votes, explained his decision in a text by saying, “I have lost faith in Secretary [Mike] Preston to lead that critical department from his numerous missteps the last year. He needs to find new employment, and the Department needs new leadership. Also, I won’t support any appropriation that allows the possibility of an office in China. We can’t allow our tax dollars [to] go to China, one of our largest geo-political threats.”

At the end of the afternoon session, Senate President Pro Tempore Jimmy Hickey, R-Texarkana, told senators the appropriation must pass for everyone to go home.

“I have enough of you all that have told me that you’re willing to vote for it, so tomorrow we’re going to have to be here to do it, do it early, or figure out what else we’re going to do on it because we’re getting late,” he said. “The intent is to lay RSA on your desk this evening. … It will be next week before we vote on it, but we will have to have our Department of Commerce appropriation done before we can leave out, so I would appreciate a little bit of help on that.”

Earlier, Hickey told senators that if the House passed the Division of Medical Services appropriation, hopefully the session would end around Tuesday or Wednesday of next week.

TAX CUT, VACCINE PASSPORTS
In other business, House members voted 91-0 with 9 not voting for House Bill 1912 by Rep. John Payton, R-Wilburn, which would reduce the tax paid for used motor vehicles, trailers and semitrailers priced from $4,000 to $10,000. The rate takes effect Jan. 1, 2022.

Senators passed Senate Bill 615 by Garner, which would prohibit the requirement of “vaccine passports” in Arkansas, or documentation that an individual has been vaccinated for COVID-19. The bill prohibits the state, state agencies and entities, political subdivisions, and state and local officials from requiring an individual to use a vaccine passport in Arkansas “for any purpose.” It states that a vaccine passport “shall not be a condition for entry, travel, education, or services.” However, “employment” was deleted by an amendment at the request of the Arkansas State Chamber of Commerce. The bill passed 23-8 with 3 not voting.

Asked by Sen. Clarke Tucker, D-Little Rock, about requirements for vaccinations for other diseases by schools and other entities, Garner responded that those vaccines have been in existence for many years, as opposed to the COVID-19 vaccines that were developed quickly.

“This isn’t an anti-vaccination bill. My principle is very simple: I think every person should get vaccinated, and I’ll be danged if the government’s going to tell you to do it,” Garner said.

House members passed Senate Bill 590 by Garner, which would reserve for the Legislature the right to enact legislation regarding mandatory face masks. State agencies, state officials, local officials, and political subdivisions could not mandate face coverings, which could not be a condition for entry, education or services. It would not apply to private businesses, state-controlled healthcare facilities, Department of Corrections facilities, and Division of Youth Services facilities. The bill passed, 69-20 with 11 not voting. 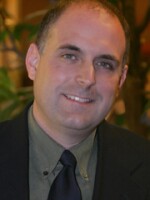