How Legos helped me rebuild my foundation

It's easy to feel powerless, like the smallest of smallest cogs in the proverbial machine of life. As a Black woman and mother to a preschooler, I've spent the past years watching people make decisions that have affected my life (for better or worse) with not much opportunity to influence how they go. The pandemic has been isolating in ways that I'm still coming to terms with, and I have to admit that there were parts of me that I had lost over time.

Until I found them in a four-edged Lego piece.

Before the pandemic, my family and I weren't into Legos at all. My husband and I — both gamers and anime aficionados in our pre-baby lives — had traded in Grand Theft Auto and Horizon: Zero Dawn for Bluey and Thomas the Tank Engine. All of that changed on my son's third birthday, when he was given a Lego Classic Bricks kit by a family friend.

It was the most basic of Lego sets — 500 pieces with instructions for simple builds, like a sheep or a small lighthouse. We blew through it in a matter of days. It might sound silly, but I found myself fascinated at how a simple group of colored blocks could so quickly and easily become a lion or a frog. The only thing that I could compare it to was the lightbulb that flicked on in my life the first time that I watched an episode of Sailor Moon and fell in love with the magical girl anime genre.

I had to see what a "grown up" Lego build felt like. My first was a 600-piece ramen noodle bowl-shaped battle tank complete with minifigs, stickers and projectiles. It took a weekend for my husband, son and I to complete, and I quickly followed up by purchasing an 800-piece Ninjago battle mech.

That build, my friends, was "the moment" — the incident that sparked my becoming a Lego person.

I've always been into battle robots, also known as mechs. From The Big O to Gundam to Pacific Rim, I loved the stories of how ordinary (but talented) humans could overcome so much with the help of a ginormous battle robot. This particular set — an icy white, blue and gray battle mech that was featured in Lego's Ninjago animated series — was slightly intimidating at first. I promised myself that I wouldn't just rush through it. I'd take my time, bring intentionality to the process, and really allow myself to marvel at how a box of colored blocks and shapes could become something so complex.

As I created structures that I knew would eventually be hidden under plates and flaps and other structures, I reflected on the importance of a strong foundation in all facets of life. I realized that sometimes I was the foundation, and that even though I felt hidden or overshadowed, that it was still important to fulfill my purpose. I came to the conclusion that life isn't always glamorous. Sometimes, you get to be the final chest plate added at the end of the build and adorned with a cool sticker, and sometimes, you're a hinge that's under a leg plate that allows the knee to be poseable.

Three days later, I had not only a gorgeous new battle mech, but I'd also found my new proverbial "happy place" — a colorful world of my choice, created with my hands, where I could either decide which piece goes where, or choose which Lego set to tackle next.

Fast forward two years, and my son and I are currently competing for who can fill our shelves quicker with new Lego builds. For him, it might just be a fun family activity that later he'll come to view as a pastime. But for me, it's so much more. Am I putting too much pressure and meaning on a tiny plastic building block? Maybe, but I'm sure that they're strong enough to build a good foundation, just as I am.

What are you really into? Fill out this form or leave us a voice note at 800-329-4273, and part of your submission may be featured online or on the radio. 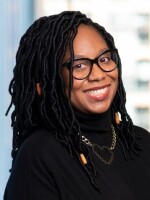