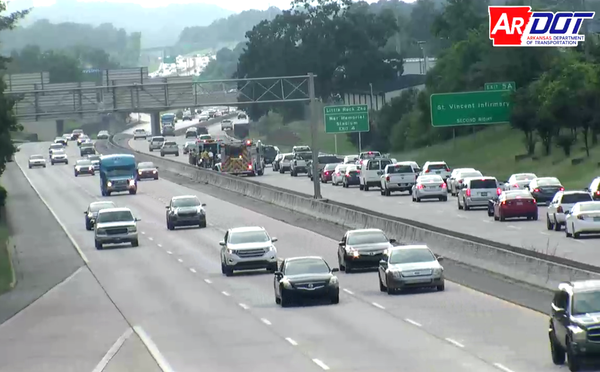 UPDATE: Tuesday afternoon, the Arkansas Department of Transportation announced stationary traffic cameras can now be viewed on the traveler information website www.idrivearkansas.com. Visitors to the website will have to click on the traffic light image on the right side of the screen, make sure "traffic cameras" is clicked, then can select any camera to view from a map of the state.

In time for a busy Labor Day weekend on the roads, drivers in Arkansas will have a new tool to help plan their routes, especially when accidents or other incidents occur. The Arkansas Department of Transportation expects to begin featuring live video feeds from a wide network of stationary traffic cameras around the state.

"We anticipate bringing the live traffic cameras to I Drive Arkansas sometime this week, probably before Friday," says Danny Straessle, a spokesman for the department. The deciding factor, he says, will be when final testing is completed.

"We’ve got just under a hundred cameras statewide that users will be able to click on our map and look at the state highway system at any particular point of interest."

Transportation officials have had some cameras in place for years, especially in work zones, but they have not been available for the public to see, other than screen grabs of traffic issues posted on Twitter.

Most of the cameras will be controlled by DOT staffers who will be able to point them in different directions and zoom in and out. Some camera locations feature more than one view, allowing people the option to select what direction they would like to view. 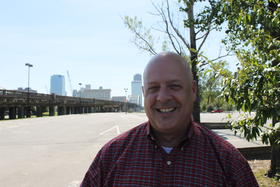 Straessle says strict policies have been adopted for use of the cameras with goals of not showing graphic images of people involved in accidents or invading their privacy. The footage will also not be recorded by the state or used for purposes other than providing real-time traffic information.

Some cameras will not be controlled by the department with feeds coming from partnerships the state has created with local cities, neighboring states or television stations. The footage from those cameras will be provided on an as-is basis, include a logo of the owners of the cameras, and the department makes no guarantee about their availability, positioning and clarity. State officials will also have the option to terminate a camera feed at any time for any reason.

Most other states have featured live feeds from stationary traffic cameras for years.

"Arkansas is probably one of, if not the last state in the union to provide live traffic cameras on the traveler information site. That is really good for us because, as we’re late to the game here, we’re using the latest brand new technology, including high definition cameras," Straessle says.

By accessing the images, end users agree to the state’s terms of use, which were provided to the media Monday. All images provided by the cameras are property of each camera’s owner and are copyrighted.

Media organizations may broadcast the camera footage from the state’s cameras, though the ARDOT logo must be featured and they cannot be sponsored content that incorporates advertising.