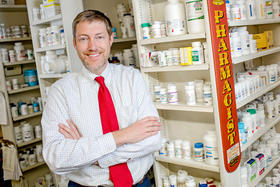 With President-elect Trump and a Republican Congress expected to repeal the Affordable Care Act, Arkansas hospital officials are watching the situation with a great deal of uncertainty.

Almost 11 percent of Arkansans – about 325-thousand people – now have coverage through an exchange set up through the state’s Medicaid expansion program.

Reporter Mark Friedman with Arkansas Business talked with several hospital officials for a story in this week’s issue. Friedman also spoke with KUAR's Michael Hibblen about what he heard. You can hear the full interview above.

With Obamacare in critical condition, Arkansas hospital officials are closely watching Washington while warning that it’s too early to predict an outcome.

But they say what happens in health reform from there is anyone’s guess.

It’s unlikely that 20 million Americans, including more than 300,000 Arkansans, who now have health insurance as a result of the ACA will immediately lose their coverage. It’s likely that a bill could pass to repeal most of the ACA but delay the implementation date for two or three years, which would give Republicans time to firm up replacement legislation.

The replacement would most likely keep the popular parts of the ACA, such as preventing insurance companies from denying coverage to people with pre-existing medical conditions. Allowing parents to keep their children up to the age of 26 on their health insurance plan probably would survive the repeal too.

You can read Friedman's story here.