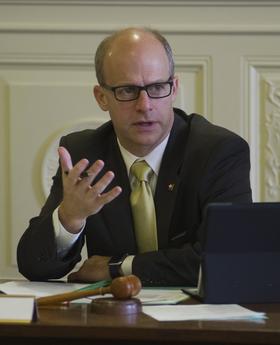 The Arkansas Senate has approved a bill that would require Amazon and other major online retailers to collect state sales taxes. The measure passed Monday by a vote of 23-9 and now moves to the House.

The bill’s sponsor, Republican Sen. Jake Files of Fort Smith, told his colleagues that Arkansas is one of only six states that don't collect sales taxes and is missing out on potential revenue.

"In 2014 it was estimated in one study that Amazon sales alone would have brought $32 million into the state, and then I've heard anywhere up to $100 million," Files said.

That money, he says, could go toward tax cuts that will be considered during the 2019 session of the Arkansas Legislature. A task force is being created as part of Gov. Asa Hutchinson's tax cut for low income Arkansans that was signed into law last week. Some lawmakers didn't feel the governor's tax cut was enough and the task force will explore additional cuts and make recommendations to the legislature.

"I'm getting a bill drafted right now that will charge the task force with determining how to use this money in future tax reform and for future tax cuts," Files said.

Sales taxes would be collected by out-of-state companies with no physical presence, like distribution centers, if they sell more than $100,000 worth of products or make at least 200 separate sales transactions a year.