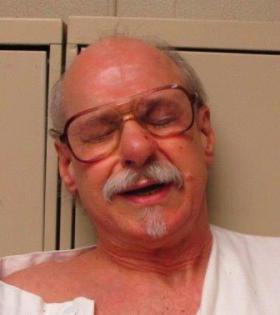 Attorney General Leslie Rutledge today has asked Gov. Asa Hutchinson to set the next execution, this after the state made international news for scheduling eight executions in 11 days in April in order to make use of a lethal injection drug set to expire May 1.

Arkansas's three-drug execution protocol calls for midazolam, vecuronium bromide and potassium chloride, in that order. The state's supply of midazolam expired May 1. The state doesn't have any alternative protocol to execute anyone sentenced to death.

Exactly 13 days ago, the state received a fresh supply of midazolam, according to Arkansas Department of Corrections spokesman Solomon Graves.

According to Arkansas law, where the state obtained its lethal injection supply is not subject to disclosure under the Freedom of Information Act.

The attorney general says Greene's case is one that has done circles in the courts and currently has no legal stays or obstacles to execution. According to her letter, Greene has thrice been sentenced to death by a jury. He is convicted of murder in North Carolina and Arkansas.

In 1991, Greene bound and gagged and shot dead preacher Sidney Jethro Burnett, 69, in his home in Johnson County on July 23, this after killing his brother, Turner "Tommy" Greene, 45, earlier that month.