The Arkansas Public Service Commission is expected to close a docket soon that could substantially lower a cash incentive for Arkansans (and Arkansas companies) who invest in solar and wind energy production.

The commission is the representative authority over investor-owned utilities, sanctioned monopolies. The commission can affect utility rates — that is, bills. The docket’s been open for three years.

At issue is something called “net metering,” the act of sending electricity (generated by solar power system or windmill) out onto the grid from home or business and getting bill credits from the electrical utility. Created by Act 1781 of 2001, Arkansas’s net metering rate structure currently is 1-to-1.

That is, for every kilowatt-hour generated by rooftop solar panels, for instance, and given to the grid, a kilowatt-hour’s worth of consumed energy is taken off a bill. Thus, the individual with rooftop solar is billed based on her net meter reading, her kilowatt-hour consumption net of production.

Act 827 of 2015 directs the commission to reconsider that 1-to-1 ration. Specifically, whether such a rate captures “the electric utility’s entire cost of providing service to each net-metering customer.” The sum total of that consideration is Docket 16-027-R.

In the 90th General Assembly, in 2015, a second-term representative from Greenbrier, Stephen Meeks, introduced House Bill 1004. Arkansas, he says, “was one of the states that had some of the lowest solar adoption in the country.”

According to the website SolarPowerRocks.com, with no Renewable Portfolio Standard or any state tax incentives or rebates, Arkansas gets an ‘F’ in solar power development incentives. It would be as bad as Mississippi or Oklahoma but for one thing — the state’s ‘A’ in net metering.

A 1-to-1 retail rate for sending excess electrical generation back out is an enormous incentive for renewable energy investors. Meeks’ legislation says in two different places, and in at least two different ways, that this 1-to-1 rate should be revised, and revised down at least to the wholesale rate of electricity, because that’s what the utility would pay for additional electricity on the open market. “An electric utility shall purchase at the electric utility’s estimated annual average avoided cost rate for wholesale energy any net excess generation credit remaining in a net-metering customer’s account” at the close of such an account.

“The way it was written under the old rate system” — by which Meeks means the current rates — “non-solar adopters were subsiding solar adopters.”

The largest column in any average Arkansas electrical customers’ bill is the usage rate. It’s a number that correlates with how many lights are left on, how many dryer cycles, how many battery charges. But usage includes set prices related to electrical grid buildout and upkeep. Why? Because it’s been an easy and appropriate way to charge mansions on the hill differently than neighborhood bungalows.

“Each of us pays a flat rate and a kilowatt-hour rate. Within both of those is the infrastructure costs, the costs for the sticks and poles and substations, so forth. The solar users, because of their net metering, they were not paying their part so to speak, and so that cost was passed on to everyone else.”

For all of this, Meeks says Act 827 is meant to advance solar energy in the state. The law does expand some benefits for distributed, renewable generation in Arkansas.

The staff of the commission along with electrical utilities, namely Entergy, and the attorney general’s office have suggested two-channel billing going forward. As one solar advocate said, two-channel billing ends net metering by definition. The two channels are consumption and production; the first is charged the retail rate, the second is credited a much lower rate.

Meeks told the commission late last year that he didn’t intend that solution when he crafted the language of Act 827.

Solar investors and advocates like Sierra Club lawyer Casey Roberts have argued that distributed generation, especially solar power, has a particular economic advantage for utilities, which spend a disproportionate amount on something called “peaks,” the highest kilowatt-hour usage. Those peaks take place in the middle of hot summer days, which coincide with solar power peak production. “Shaving” peaks off electrical utility production is cost-saving, Roberts says. 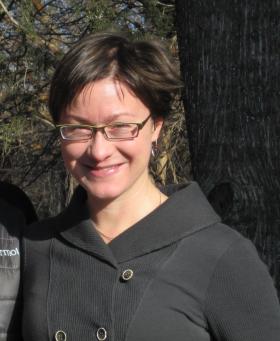 “And what’s perverse about” two-channel billing, “is, it’s those customers who aren’t home during the day, and therefore exporting all their power onto the grid, who are helping to offset the loads of their neighbors, and providing that benefit to the grid. It is those customers who would be penalized the most under this scenario.”

GOOD FOR THE ENVIRONMENT

One thing Meeks isn’t clear about is his position on the purported carbon-neutral or climate-reversing benefits of solar and wind power generation.

In an exchange with this author earlier in March, the Greenbrier representative said, “From a political standpoint, most of us don’t see this as a Republican issue, that we’re interested in environmental. And hopefully by doing this I’ve shown that we on the Republican side, that we’re just as concerned about the environment and weather, that we want to bring these resources to our state, we want to bring this benefit to Arkansas.”

Almost immediately after that statement, he was asked, “Do you fear climate change?:

MEEKS: That can be a tricky question. Do I believe that we should be good stewards of our environment? Obviously, sure, you know, clean air, clean water, and I believe technology’s gone a long way to allowing us that, and I believe we should be good stewards of our environment or or obviously I wouldn’t be supporting Act 827. By the same token, when you look at the earth as a whole, there are so many factors outside of our control. Volcanoes, for example. … If you look at all the CO2 and the pollutants in the air, I think that 90 percent of that comes from natural sources. Now, like I said, do I think that means we need to use that as an excuse not to be good stewards of the environment? No. … But by the same token, nature’s going to do what nature’s going to do.

AUTHOR: I have to be more direct on this. Do you believe the climate is changing and that it’s a result of human inputs?

MEEKS: Well, let me reverse the question, when is the climate not changed? The climate’s always changing.

AUTHOR: Ok, so, you would say that in the last 200 years, human industry and population growth has not changed the climate in a way different than the trajectory it would have changed anyway.

Friday was the deadline for the presumptive close of all filing periods. According to Commissioner Ted Thomas, the chairman, the next order filed will be the commissions final decision. It may be to side with two-channel billing or to set a course for further study. The first is a clear win for utilities, the attorney general and commission staff, who are all on one side. Further study would be a win for the current rate, those who think it incentivizes distributed, renewable energy generation, and environmental groups like the Sierra Club and Audubon Arkansas, who are on the other side.

The decision won’t directly affect those who have already invested in solar power generation. The commission has already ordered those parties “grandfathered” into the current 1-to-1 rate for the next 20 years.

Meanwhile, the biggest solar project in Arkansas is underway near Stuttgart. It’s an 81-megawatt solar field, and it’s Entergy’s.

Carroll County resident Pat Costner walks under her three solar arrays this warm autumn afternoon to a shed where she keeps a collection of heavy-duty batteries.

“They’re fully charged right now,” she says, gesturing at the noontime sun above our heads.

“It tells me if I am buying or selling,” she says. “Today is a selling day.”

The Arkansas Public Service Commission met Tuesday to consider changes to regulations on the process by which homeowners with solar panels or windmills can sell electricity back to utilities.

The Arkansas Public Service Commission is expected to close a docket soon that could substantially lower a cash incentive for Arkansans (and Arkansas companies) who invest in solar and wind energy production.

The commission is the representative authority over investor-owned utilities, sanctioned monopolies. The commission can affect utility rates — that is, bills. The docket’s been open for three years.

At issue is something called “net metering,” the act of sending electricity (generated by solar power system or windmill) out onto the grid from home or business and getting bill credits from the electrical utility. Created by Act 1781 of 2001, Arkansas’s net metering rate structure currently is 1-to-1.