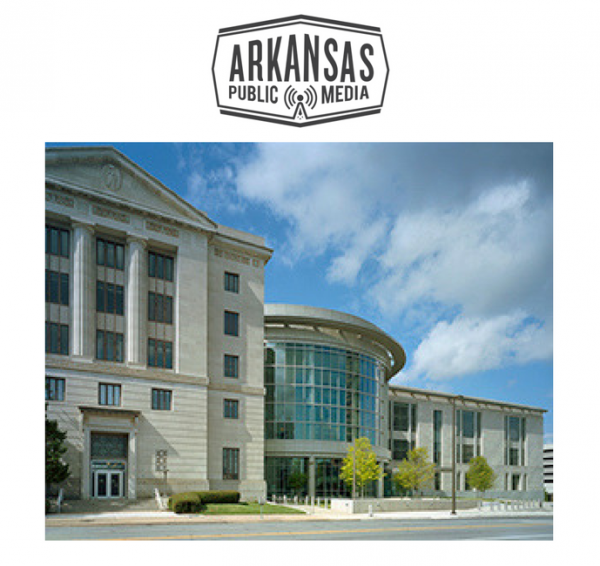 The effects of the sedative midazolam, along with Arkansas's execution practices generally, were the subject of a federal hearing that began in Little Rock Monday that could halt seven planned executions of death row inmates starting next week.

State Solicitor General Lee Rudofsky told U.S. District Judge Karen Baker that the inmates' case has no basis in law, and that their complaints under the Eighth Amendment have already been dismissed by previous U.S. Supreme Court and 8th Circuit Court of Appeals rulings.

He deflected arguments by the inmates' attorneys that an expedited schedule of double executions over ten days would minimize the inmates' access to effective counsel and increase the risk of error at the Arkansas Department of Correction.

"A risk of maladministration or accident is not cognizable under the 8th Amendment, but more importantly, their allegation is entirely speculative."

Rudofsky said the inmates must prove, "intolerable risk of needless suffering and severe pain," and reiterated the state’s request that the case be given summary judgment and dismissed.

The case against the state argues the use of the three-drug protocol, particularly the sedative midazolam, commonly called Versed, amounts to a cruel and unusual punishment. They also say the state's rush to execute seven men in 10 days increases the chances of a botched execution.

An attorney for the inmates, Julie Vandiver, questioned Emory University anesthesiologist Joel B. Zivot about the drug mixture and the experience it would cause during an execution.

He testified that the other two drugs used in the mixture, vecuronium bromide and potassium chloride are very painful and will have the effect of causing death by suffocation, which he said would be "very terrifying."

He said midazolam does not prevent pain in the moment but is used in rare instances to block a patient's memory of a procedure.

Zivot said a normal dose would be 1-2 mg, or as much as 10mg, whereas Arkansas plans to use a 500 mg dose. Contrary to intuition, though, Zivot says the drug is ineffective at such a high dosage. It could create more agitation, not less.

Vandiver asked him about other concerns about the procedure, and Zivot mentioned the likely lack of qualification of corrections department staff inserting IV's in death row inmates. (The department has refused multiple requests by media and others to learn staffing qualifications, their roles and numbers.)

It's a difficult process even with a consensual patient, Zivot said.

Additionally, the drugs are handled and prepared off-site.

"They’re put into some kind of box and then they’re driven or transported to the execution chamber."

"When I'm going to compound a drug" — prepare it to be administered, in other words — "I'll compound it. I'll use it myself, right away. I don't take it in another room and let it sit for a while and move it in a car."

Zivot referred to evidence entered into the case of several men put to death in Florida, which uses the same drug mixture. Several of their autopsies revealed lungs heavy with fluids, indicating they died a slow death.

Zivot said he had previously testified in a Missouri death penalty lawsuit and had witnessed an execution himself, which he called a "stirring experience," that gave him insight into the use of the drugs for putting inmates to death.

Zivot, who testified by video, will return in-person Thursday to complete his testimony.

Judge Baker told the courtroom there would be 12-hour hearings in the case through Thursday.

Rudofsky requested that she rule from the bench by Friday, April 14, so that the case could be resolved by the first day of executions, April 17.

Upcoming witnesses expected to take the stand for the plaintiffs include pharmacologist Craig Stevens and Yale legal ethicist Larry Fox, along with attorneys who've defended inmates whose executions were botched.

A preliminary injunction for inmate Jason McGehee was granted in a separate federal lawsuit last week that challenged the execution clemency hearings under due process. In the state's final ruling on clemency, the Arkansas Parole Board denied Jack Jones a recommendation Monday.

This story is produced by Arkansas Public Media. What's that? APM is a nonprofit journalism project for all of Arkansas and a collaboration among public media in the state. We're funded in part through a grant from the Corporation for Public Broadcasting, with the support of partner stations KUAR, KUAF, KASU and KTXK. And, we hope, from you! You can learn more and support Arkansas Public Media’s reporting at arkansaspublicmedia.org. Arkansas Public Media is Natural State news with context.

LITTLE ROCK, Ark. (AP) — The American Bar Association urged Arkansas on Tuesday to back away from its unprecedented plan to put seven men to death over 10 days starting next week, with the group saying it was worried the timeline could undermine due process for the inmates facing lethal injection.

ABA President Linda Klein asked Gov. Asa Hutchinson to give more time between the executions, which are set to begin on April 17. Hutchinson scheduled the executions to take place before the state's supply of midazolam, a controversial sedative used in lethal injections, expires.