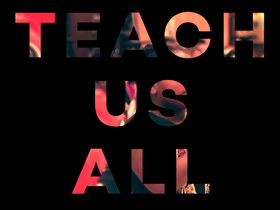 Elizabeth Eckford only had one concern before her first day of school. She wanted to make sure her white dress was finished so she could wear it. The next morning she was wearing the dress as her father paced back and forth in the hallway. She took a city bus to Little Rock Central High School. It was Sept. 4, 1957.

A rancorous crowd met her. Soldiers guarded the entry ways into the school. She was supposed to be one of the first nine black students to integrate the school. The other eight went with a group of ministers, but Eckford didn’t have a phone and they couldn’t reach her to tell her they planned to go as a group. At every entrance she was turned away. Whites, angry about the desegregation effort, yelled and spat at her as she walked, alone. She decided to return to the bus stop and return home. A pair of sunglasses hid the emotions that boiled inside.

“I was glad I had on those sunglasses … at least some people would not see me crying,” Eckford said.

Eckford became known as one of the “Little Rock Nine” and their story became a symbolic moment in the Civil Rights movement. Film director Sonia Lowman was working on an exhibit commemorating the Little Rock Nine at the Lowell Milken Center for Unsung Heroes in Fort Scott, Kan., two years ago when she had an idea. She had no film making experience, but she wanted to direct a documentary about how even after 60 years the inequities in the nation’s school systems were still prevalent. The film, “Teach Us All” is set to premiere Sept. 25 on Netflix, and will be shown at theaters throughout the country in the coming weeks. At least 25 people attached to the Arkansas education system, including Eckford were interviewed for the film. (See the trailer at the end of this report.)

“Here we are 60 years later and the community is still divided,” Lowman told Talk Business & Politics. “It’s very tragic we can’t get our act together.”

The Little Rock Nine is at the heart of the film. It chronicles how schools across the country are “resegregating.” Different ethnic groups tend to live in specific neighborhoods and sections of cities, meaning school districts are becoming predominately white, or filled with minorities. The minority communities tend to be located in economically disadvantaged areas, and public schools are largely funded by property taxes.

Children from more affluent families live in more affluent areas, and property tax collections are much higher, Lowman said. Those schools receive more money and can afford to pay better teachers, and provide better learning experiences. The net effect is that poorer schools get inexperienced teachers, and those students are in most need of better teachers. Affluent children’s parents can afford tutors and other devices to improve their child’s education, while many black and Latino’s only real shot at an education is strictly through the public school system and those teachers are critical, she said.

Lowman partnered with Little Rock-based Noble Impact, a non-profit organization that provides disadvantaged students with a broader educational experience they might not otherwise receive at home or through the school system. Noble Impact CEO Eric Wilson told Talk Business & Politics his organization assists 1,700 students in six different school districts in Arkansas. The goal is to provide them with the fundamental tools to become entrepreneurs, and help to train them for careers that don’t even exist at the moment, he said. Many of these students don’t get to meet business or political leaders, and they don’t have a hands-on way of understanding how these real-world systems work, he said.

“We’re preparing students to be entrepreneurs and business leaders … everyone knows inequality is a problem,” he said.

Students and administrators in the Noble Impact system took part in Lowman’s film. One major problem in education is students are never at the table when decisions are made, Lowman said. Students add a critical perspective that is often lost on their adult counterparts, she said.

The consequences of inaction could be grim.

In Los Angles alone, society spends about $230,000 per year incarcerating a juvenile and only $9,000 per year educating each child. About one in three black males will spend time in prison, as will one in six Latinos. The United States spends billions of dollars each year to deal with the long-range consequences of a maligned education system, and its time for a new approach, Lowman said. Those consequences include mass incarceration, low paying jobs, more people on welfare programs, and others.

“We need to quit spending so much money on the negative consequences of a poor education and fix the problem,” she said.

Changing the system will be a monumental task, she said. Many politicians and leaders in positions of power have no incentive to change the system because their families are secure. While many agree on the fundamental issues, there’s a sort of “turf war” between school districts, parents, lawmakers, and others that surprised Lowman as the film was made.

Beyond the experiences, and financial components that need to be corrected in the educational system, there is another problem with the resegregation of our students, she said. Students from different ethnic backgrounds have fewer and fewer interactions, and there is less understanding about problems between these different groups. The way national political parties have aligned in the last couple of decades is one of the clearest signs we don’t understand each other’s perspectives or ways of life, she said.

“Our students need a voice more than anything,” she said. “It’s a serious issue that impacts everybody.”