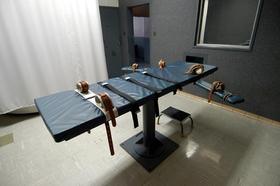 Execution dates have been set for eight Arkansas death row inmates, but attorneys for the men argue their appeals have not been exhausted. The state hasn’t carried out an execution since 2005.

Arkansas Attorney General Leslie Rutledge said Tuesday, February 21, that the nation’s high court deciding not to take up the case cleared the way for executions to resume. But federal public defender John Williams, who represents three of the men, says a stay of execution from the Arkansas Supreme Court remains in place. 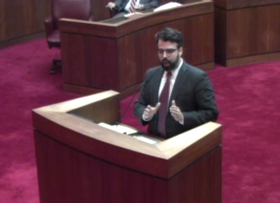 "The idea that all appeals have been exhausted is really not questionable," Williams told KUAR News. "It gets a little technical in terms of the aspects of it, but the attorney general was able to take an early appeal last time and we were not allowed to appeal claims that had been denied in the circuit court, so under very basic rules of appellate procedure, we have a right to appeal those claims."

In a letter delivered to the governor’s office Monday, the public defender’s office said a stay was issued by the state Supreme Court on October 20, 2015. The complaint was dismissed in that case, but in a dissent, Justice Jo Hart said "the dismissal is without prejudice, and appellees may plead further," which the majority opinion did not dispute. An amended complaint was filed Friday in Pulaski County Circuit Court and the letter says that litigation is still pending.

Rutledge’s office Monday asked the Arkansas Supreme Court for a clarification about the stay "out of an abundance of caution." The Associated Press reports the office also accused the inmate’s attorneys of trying to manufacture a procedural loophole.

The Arkansas Department of Correction says its supply of one of the three drugs used in the lethal injection cocktail had expired in January, but the governor’s office said it is confident more can be obtained.

A drug secrecy law was passed by the Arkansas Legislature in 2015 so that pharmaceutical companies wouldn’t feel public scrutiny for providing the drugs used to put inmates to death. That was challenged by attorneys for the inmates who say the lack of clarity violates the constitutional protection against cruel and unusual punishment.

The current execution protocol is almost certain to cause the prisoners excruciating suffering. In the past year, the evidence has mounted that midazolam, the first drug in the ADC’s three-drug protocol, will not prevent the torturous pain that, as no one disputes, the second and third drugs cause absent effective sedation. For example, we turn your attention to the execution of Ronald Bert Smith in Alabama on December 8, 2016, which used a protocol essentially the same as the one you would use here in Arkansas. That execution took thirty-four minutes to complete, and Smith’s physical struggle throughout evidenced that he was not fully sedated. This followed other troublesome executions using midazolam, including Dennis McGuire’s in Ohio, Clayton Lockett’s in Oklahoma, and Joseph Wood’s two-hour ordeal in Arizona. And a federal district court in Ohio has recently concluded that Ohio’s midazolam protocol involves an objectively intolerable risk of pain and suffering. The ADC’s protocol is no different.

The executions of the convicted killers scheduled for April would take place over a 10-day period. Bruce Earl Ward and Don William Davis are to die on April 17, Ledelle Lee and Stacey Eugene Johnson on April 20, Marcel W. Williams and Jack Harold Jones on April 24, and Kenneth D. Williams and Jason F. McGehee on April 27.