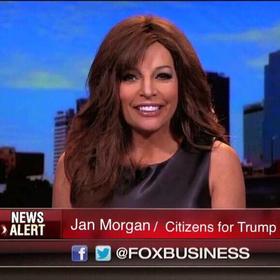 Governor Asa Hutchinson opened his campaign headquarters this week but he'll have to defeat his Republican primary opponent in May if he wants to make it to November. Hot Springs business owner and political pundit Jan Morgan has been taking the fight to the incumbent governor, traversing the state to talk to a host of varied groups. Morgan spoke with KUAR’s Jacob Kauffman about what separates her from Hutchinson.