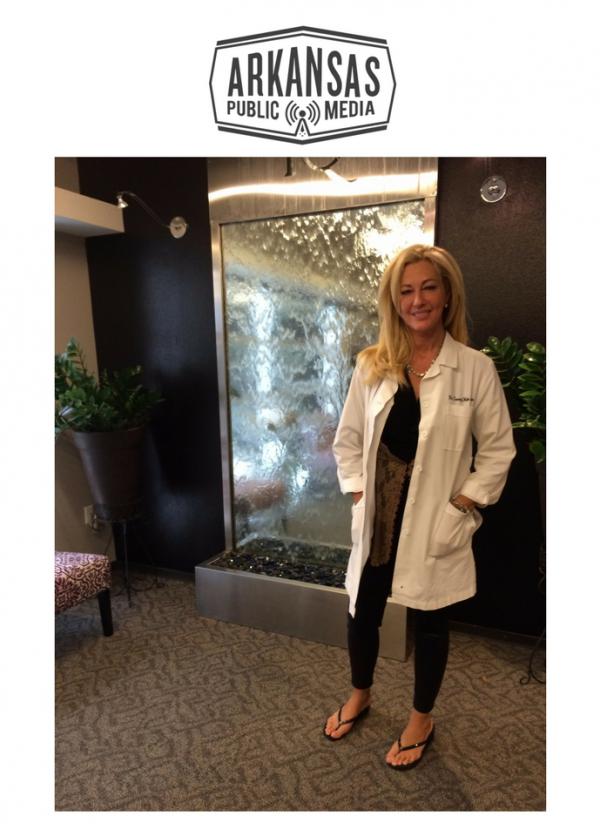 Inside Dr. Tammy Post's medical clinic lobby on Willow Springs Road in Johnson, a silvery wall fountain trickles; beyond the water feature is a spacious suite of examination rooms. Post, a board certified family and osteopathic medical practitioner says she’s interested in alternative medicine but never imagined she would become an advocate for medical marijuana.

“I was one of those doctors that thought marijuana was all the myths we believed about a gateway drug,” she says. “I believed it to be illicit and dangerous, like ecstasy and heroin and cocaine.”

Over the past two months, Post has certified more than a hundred patients for Arkansas Department of Health medical marijuana registry identification cards. That's roughly one of every eight approved statewide so far.

She became convinced of medical marijuana's health benefits, she says, after spending months reviewing available scientific literature on PubMed. Today, she shares what she's learned with her patients, taking an hour to assess their medical complaints and educating them about how medical cannabis works.

“There are two different strains, Cannabis sativa and Cannabis indica, the activating and sedating plants, and hundreds of hybrids in between,” she says. “The cannabis plant has all these cannabinoids in it. THC is the psychoactive component, I call it ‘catnip for humans’ which makes you high or stoned. CBD is the other, mostly used for chronic pain.”

THC is the common acronym for the molecular compound tetrahydrocannabinol; CBD is short for cannabidiol, which is non-intoxicating.

“CBD and THC have both a synergistic and antagonistic effect. If you have a strain that has more THC and less CBD, it can get you more high and affect your pain differently. And if you have more CBD and less THC it will affect you differently.”

Post is among 16 Arkansas Medical Board-licensed physicians, who by law must also have pharmaceutical prescription authority, who've stepped forward so far to certify patients for medical marijuana.

When patients come to see Post, they must be 18 years or older, show proof of state residence, and a letter from their physician stating they have one of 19 qualifying medical conditions, including cancer, Alzheimer’s, severe arthritis, fibromyalgia,  glaucoma, intractable pain or seizures. And they must submit to a physical.

“We do a urine tox screen to make sure that these aren’t people coming in to get drugs,” Post says. “Then we do lab screenings, check liver and kidney function, blood pressure, pulse, and weight. Then I ask you to tell me about your condition.”

According to Kevin Odwyer, Arkansas Medical Board attorney, certifying physicians are allowed to diagnose patients for any of the 19 qualifying conditions as well.

“And oversight by the medical board of certifying medical marijuana physicians is the same as for any other doctor," he says. 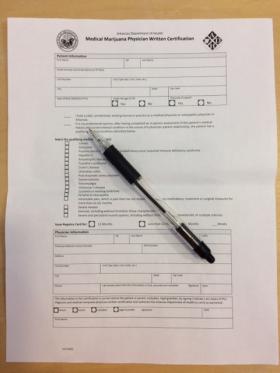 After a physician signs patients' certification paperwork, they submit their application online or by mail to the Arkansas Department of Health, along with a copy of their driver’s license or other valid state identification and a $50 dollar processing fee. Approved cannabis medical registry cards will be issued to patients or qualified caregivers 30 days before medical marijuana becomes available in Arkansas. Under state law, five medical marijuana cultivation facilities will be allowed to supply 32 cannabis dispensaries statewide, regulated by the Arkansas Medical Marijuana Commission, which by state statute promulgates rules and regulations for the industry.

“So when you go to a dispensary,” Post says, “it will be like going to a pharmacy where you will say I have this condition, and which proportion of CBD to THC is best to treat it?”

Dispensaries are required to have a licensed pharmacist available who will recommend the appropriate medical marijuana compounds, according to Scott Hardin, communications director of the Arkansas Department of Finance and Administration. He says five would-be dispensary owners have applied to the Arkansas Medical Marijuana Commission for licensure, along with two cultivation facilities.

The deadline to apply is September 18th.

Hardin says dispensaries with physicians on boards or staffs have a better chance of being approved.

“And I’ve been approached by some dispensaries to be their physician,” Post says, “Because I've rapidly become one of the most educated people in Arkansas.”

Post is very public about her medical cannabis advocacy. She discusses the benefits on her social networking sites. She is also self-publishing a book. It will be available later this year.

She expects as many as 40,000 patients will seek cannabis certification in the first year Arkansas's medical marijuana industry is established.

"There’s a lot of fear, a lot of patients are afraid to ask their doctors," she says. "So I may very well specialize in serving medical cannabis patients in the future."

Arkansas is one of 29 states which has legalized medical marijuana, although the federal government continues to classify it as a Schedule I controlled substance with no medical value. As a consequence, insurance does not cover medical cannabis compound costs — or physician visits.

“There is a legitimacy that we want to bring to this being a medicine," Post says.