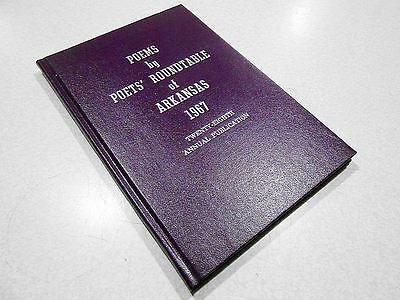 The state of Arkansas may be officially recognizing more poets soon. The Arkansas House on Monday approved changes to the committee which appoints the state Poet Laureate and shortened its term. State Representative Carlton Wing of North Little Rock introduced his measure in a fitting style.

“What this house bill does is help more folks take the post.

No longer a lifetime appointment, it’s now four years at the most.

Now we get more participation, whether it’s a him or a her.

And much more celebration in iambic pentameter.”

The representative’s colleagues on the House floor were quick to drop a line or two of their own. Charles Blake, a Democrat from Little Rock, rose for a question, “Can I get a quick haiku please?”

Republican House member Andy Mayberry couldn’t help himself either, “Roses are red, violets are blue, you think we’re going to vote for you?”

Arkansas has only had five poet laureates since the first was proclaimed in 1915. Arkansas’s most prominent poets, like Maya Angelou and Miller Williams, have not held the ceremonial designation.

In addition to creating a four-year term - where before poets served until death, resignation, or the rare instance of a governor appointing a new laureate without any prompting from mortality - the make-up of the commission that appoints the post could change.

The law currently calls for “the principal heads of the English departments of all state-supported universities and colleges” to submit a list of names to the Governor. The bill would cut down the committee size and centralize power. If the bill becomes law, the committee would consist of two principal heads of English Departments selected by the director of the Department of Higher Education and two members of the Poets’ Roundtable of Arkansas selected by the president of the group.

The legislation now heads to the state Senate.