As it approaches 100 degrees, the roofline of Stickyz Rock 'n' Roll Chicken Shack shades about 2 feet of the sidewalk along President Clinton Avenue in downtown Little Rock.

"In this weather, you can't be out for so long because then it becomes a health risk."

Ford is paid for each and every signature she collects, paid by National Ballot Access, and her goal today — every day — is 100, but it's hard to get people to stop.

"About 10 seconds," she says — that's the window she has to get their attention, speak the ballot issues with search-term brevity and convince potential signatories to stop.

Ford, 58, is carrying all three voter-initiated ballot measures on file with the secretary of state. Each one requires nearly 85,000 valid signatures, and Friday is the deadline. 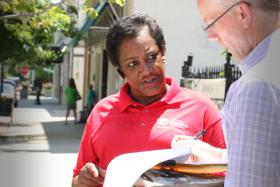 The three are an amendment to cap tenure in the Arkansas Legislature to 10 years total (term limits), an initiated act to increase the minimum wage in Arkansas ($11 by 2021), and an amendment to issue four casino gaming licenses in the state.

Additionally, there's two amendments guaranteed to be on the ballot. They were passed by the 91st General Assembly (2017). Issue 1 limits punitive and non-economic damage awards in lawsuits as well as attorney contingency fees for attorneys; it also gives the Legislature some rule-making authority over the state Supreme Court.

Issue 2 is a constitutional amendment that would require voters to show photo identification before being able to vote.

"Why wouldn't we want to have photo ID? We do for everything else," says state Rep. Robin Lundstrum (R-Elm Springs).

Lundstrum didn't offer counts or evidence of people voting under false identities. She said only that the issue polls well, and "You don't wait until your house is broken into before you lock the door." 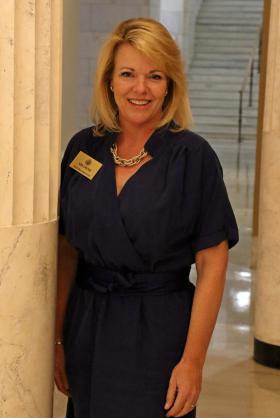 There's already a voter ID law on the books. Act 633 was created by the last Assembly. It's been disputed in court but was in effect for the May primaries.

Lundstrum says her bill is being put to the people, not left to lawmakers in a session, because “this is something that, legislatively, goes back and forth, back and forth, and when you get legislators tinkering, it’s everybody’s got an opinion.”

HOT TIME SUMMER IN THE CITY

“Ma’am, you a registered voter in Arkansas?”

They're the first words out of Ford’s mouth — are you a registered voter? In Arkansas?

The words stopped Amber Crouch, a young lawyer who works in the high-rise office down the block. She’s happy to sign two of the three, but she hesitates on the third.

“Signing the petition just puts it on the ballot for a vote. It doesn’t necessarily say you agree,” Ford says.

“When you put it that way, I feel like I should sign it,” Crouch says. “To get it on the ballot. I don’t love term limits because I don’t think many of our current legislators are as qualified as they should be, possibly because we enacted term limits in the first place. That’s why I didn’t sign that, but, to your point, that’s a good idea. That’s a good thought. Perhaps I should sign it so it’s given to the voters to decide.” 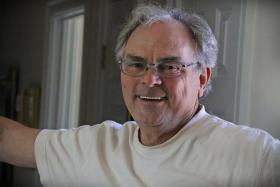 The sponsor of the term limits measure is Tom Steele of Little Rock. The amendment would cap the total tenure any legislator may be allowed at 10 years, down from 16.

Steele says he and his like-minded campaigners believe tenured lawmakers grow increasingly cozy with lobbyists who, in turn, increasingly support the lawmakers’ re-elections with campaign contributions, but also ask for favors. Like Lundstrum, he doesn’t offer any evidence that veteran lawmakers ignore their constituents and legislate for special interests.

Steele says standalone term limits ballot measures perform well. In 1992, term limits were approved by six in 10 voters; 12 years later, in 2004, an extension of limits was rejected by seven in 10. In 2014, the Legislature approved an ethics ballot measure that, almost as an afterthought, extended term limits, a deal Steele bristles at.

“So the other thing we’ve got in [our ballot proposal] is a prohibition — the Legislature can never do again what they did in 2014. They can’t just refer a constitutional amendment to the public that guts term limits. They want to change term limits, then they’re going to have to go out and stand in front of Walmart like we do.”

Back in Little Rock’s downtown River Market, Cynthia Ford says as a paid canvasser, there are issues she would not carry. 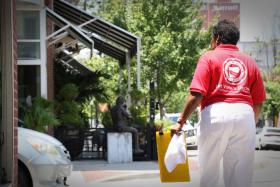 “For instance, many years ago I was out in California, and a young man had a petition that had something to do with the circumcision of little boys. I would not sign that in a heartbeat. That’s a personal family religious issue. That’s not something that should be voted on. Not doing it.”

But this election season, in Arkansas, there’s no popular referendum that raises red flags for her. In fact, she’s enthusiastic to get the word out about the minimum wage hike and casinos.

“Something that deals with an influx of funds? I’m all for it.”

Ford’s face grows steely, and she takes a beat before swallowing her first answer.

“I just think the voters should decide on that one.”