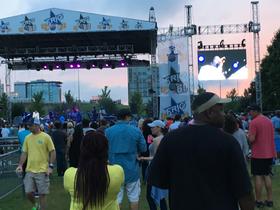 The Riverfest, Inc., board of directors announced Tuesday that 2017 was the last year for the music festival in downtown Little Rock and North Little Rock. The festival's executive director, DeAnna Korte, says rising costs and more competition from other festivals made it difficult for Riverfest to continue.

Korte says hot and rainy weather in May and June also affected Riverfest's ability to be successful.

At its height, the festival attracted more than 250,000 attendees with an annual economic impact of $33 million. Riverfest began in 1978 as The Summer Arts Festival in Murray Park and eventually moved downtown, when it was held on Memorial Day weekend.