Days after Arkansas's biennial fiscal session began last month the CSPAN bus rolled into Little Rock, and Gov. Asa Hutchinson hopped aboard. The very first question moderator John McArdle put to Hutchinson was about a balanced budget — specifically, does Arkansas have one?

"Oh, absolutely. We don’t have a deficit in this state. It’s mandated by the [state] constitution to have a balanced budget, which means that we forecast the revenues, then we spend according to that forecast, and if during the course of a year, we don’t meet forecast then we reduce spending. ... We call it the 'Revenue Stabilization' law, which is a toggle, if you will, but it makes us control spending, reduce spending as needed, to make sure it mirrors our revenue picture.  There’s a few things the federal government could learn from this."

Just days earlier President Donald Trump sent to Congress a $4.4 trillion federal budget that would add $1 trillion to the deficit next year even as it cut services such as Medicaid and consumer protection (but strongly increases military spending).

"We are all fiscally conservative," says Democratic state Sen. Larry Teague of Nashville, that chamber's co-chairman on the budget committee.

WHAT IS REVENUE STABILIZATION?

It's not clear that the state's Revenue Stabilization Act signed into law in 1945 is a fiscally conservative state budgeting mechanism, or a political one.

Each year the state budgets billions of dollars for its agencies to administer services, and does this before the actual revenue (taxes) is banked. Revenue Stabilization provides for spreading all state revenues (taxes) across state departments according to categorical spending priorities. Originally, the act eliminated more than 100 funds that existed in state government (replaced with what today is called the General Revenue Fund) and paid off the state's bond indebtedness, which during the Depression sunk Arkansas into insolvency — the only U.S. state laid so low.

In a typical year, departments submit their spending needs in category 'A' (typically the actual expenses the department had the previous fiscal year), while spending increases are put into subsequent categories, usually 'B' and 'C'. When revenues fall short of all categorical needs, spending cuts begin with 'C,' then 'B,' then 'A.' 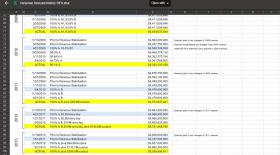 In the last decade of fiscal cycles, including those on and around the Great Recession of 2008-2009, the state has failed to fund 100% of category 'A' just once, though it often fails to fund 'B' category spending and rarely funds a 'C' category.

During the current executive administration and that of Hutchinson's predecessor Gov. Mike Beebe, a Democrat, the state has built both a surplus and "rainy day" funds totally almost $150 million.

"In Arkansas for a very long time we relied on the Revenue Stabilization mechanism and this funding framework to get through good and bad times, but what we’ve done recently is we’ve supplemented that with the long-term reserve fund, and we’ve also provided both initial funding and an ongoing funding mechanism for that fund," says Duncan Baird, the state's budget administrator and former Republican representative. 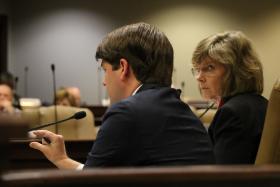 This year, Hutchinson announced his intention to drop the top marginal tax rate from 6.9 percent to 6, a move that could require savings in order to balance. He has previously proposed and gotten tax cuts for lower and lower-middle income earners.

While cuts and rainy day funds are thought "conservative" budget priorities, the Revenue Stabilization model isn't that. It is, however, a fair funding mechanism across agencies, by all accounts, and a regulator on agencies' spending.

"We do not have a revenue problem. We have a spending problem," former California Gov. Arnold Schwarzenegger said in his 2008 State of the State speech.

"So I am again proposing a constitutional amendment so that our spending has some relationship with our revenues. It is modeled after the process used in Arkansas."

But what Schwarzenegger proposed wasn't a version of Arkansas's Revenue Stabilization Act (as was reported here) so much as it was a political push to budget for surpluses and sock the money away. Revenue Stabilization allows for such investment but doesn't require it or necessarily encourage it. 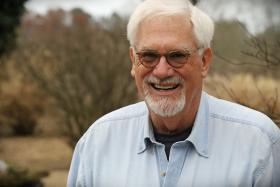 "I think it's unusual," says Richard Weiss about the Revenue Stabilization law.

Weiss was the state's long-time Department of Finance and Administration director before he retired earlier in Hutchinson's term, having begun in state government during Gov. Winthrop Rockefeller's administration.

"It's unusual in that a lot of states have ways to wiggle around the deficit problem. They can float short-term bonds [for example]. We cannot do that here."

Even short-term bonds require a referendum — a vote of the people — in Arkansas, and that, as much as anything, is a conservative byproduct of the state's Depression-era disgrace.

Schwarzenegger wasn't able to fully implement Arkansas's elegant model of fiscal restraint. He was confronted almost immediately by an opposition legislature and the headwinds of a calamitous state and national recession. 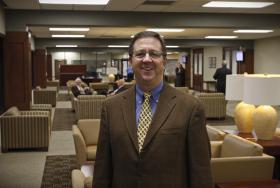 "Everybody thinks their way works, you know? 'It's our way. We been doing it for years,'" says Teague. "I don't try to tell them ours is better, because ours could be manipulated to spend more money if the governor didn't have a commitment to not spending more money. I mean, it could be manipulated."

The state of Oklahoma is currently going through a budget crisis. State police have had their mileage capped, and some schools in the state can only afford to open the doors four days a week.  And Oklahoma has a budget mechanism similar to Arkansas where 95 percent of agencies' spending is largely uncontested, but afterward spending may only follow actual tax receipts (cash on hand).

"You’ve served in Congress," McArdle told Hutchinson during the CSPAN bus stop. "Do you think [Arkansas's] model could work for the federal government, especially [when] you look at the President’s budget and it won’t balance even 10 years out."

Having been a congressmen, he said, he appreciates the differences between states and nations, then he declined to endorse Revenue Stabilization as the right medicine for federal budgeting.

"You can’t take Arkansas's model and say that’s a perfect example of what we need to do federally, but the point is, we have to move toward controlling our spending. I believe President Trump did the right thing trying to increase spending for the military, but whenever you look at our overall budget circumstance, you you see the stock market worrying about inflationary impact, worry about the bond rates. We have to do more federally to control that indebtedness of the US."