U.S. House Of Representatives Gearing Up For Farm Bill Vote

On the eve of a major vote in the U.S. House of Representatives on the 2018 Farm Bill, both parties are scrambling to get their preferred amendments into the legislation.

The amendments range from a new rule to allow food stamp recipients to purchase multivitamins with their benefits to a program to increase the accuracy of the grading of cattle across the country.

Other issues include caps on payments to wealthier farmers and lower subsidies for government-backed crop insurance programs demanded by conservatives, and new work requirements for food stamp recipients opposed by advocates for the poor.

The Farm Bill’s estimated $868 billion dollars over a decade has raised the ire of taxpayer advocacy groups that argue that much of the legislation seems to focus on making the wealthy wealthier.

“Currently, the government subsidizes 62 percent of farmers’ premiums for crop insurance regardless of the size and the profitability of their operation.  That means that most of the funds flow to the largest agri-businesses, and that their subsidies are virtually unlimited,” said Caroline Kitchens, a federal affairs manager for the R Street Institute.

Conflict over the Farm Bill seems to fall strictly along party lines, with all 26 Republicans on the House Agriculture Committee voting in favor and all 20 Democrats opposed.  Rep. Rick Crawford (R-1st District) was among those voting 'aye' during the April 18th vote of the Ag committee.

Despite the contentious issues, Crawford said much of the proposed legislation remains largely the same from the 2014 Farm Bill.

“They are going to be very, very similar and maintain a great deal of continuity from one to the next on the production side,” he said.

Crawford agreed the Farm Bill’s chances of passage in the House may hinge on the response from Democrats to bolstered work requirements for food stamps.

A number of states, including Arkansas, already have some work requirements for food stamps recipients, but the federal bill would expand the age range for able-bodied adults who are required to work and offer fewer exceptions.  Parents with children above the age of six would be asked to work to maintain their families’ benefits. 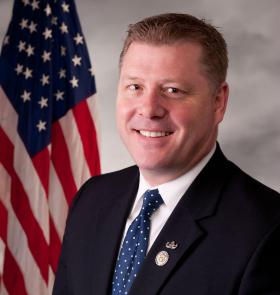 “We also know that there are some folks who genuinely can’t work — the disabled, seniors and so on.  They won’t be affected by this at all,” said Crawford, who referred to the changes not as cuts but as a reprogramming of dollars.

Taxpayer advocacy groups said they regret the attention being paid to the work requirement issue when there are billions of dollars at stake in the other parts of the legislation.

“There are some changes to the nutrition programs, and there are no positive changes at all, in our opinion, to the Ag welfare programs,” said Josh Sewell of the Taxpayers for Common Sense.

Crawford noted that President Trump has already said that he’s only interested in signing a final version of the Farm Bill into law if it includes work requirements.

A motion to return the bill to the Agriculture Committee for reconsideration made by Jim McGovern (D-MA) was rejected.  The House is now expected to vote on its version of the Farm Bill Friday.