Workgroups Around Arkansas Are Working To Help Prevent Childhood Trauma 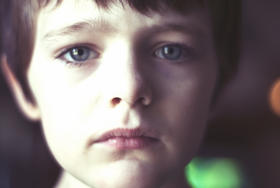 A recent study published by Child Trends found that 56 percent of children in Arkansas have had at least one adverse childhood experience, or ACE, compared to the national average of 45 percent. That's the highest of any state in the nation. An ACE is defined as a "potentially traumatic event, ranging from abuse and neglect to living with an adult with a mental illness. They can have negative, lasting effects on health and well-being in childhood or later in life."

Study co-author Vanessa Sacks said while this "can sometimes seem like a bad news-only topic, the good news is that we are increasingly understanding the ways to support and protect children from the effects of adverse experiences."

Workgroups throughout Arkansas organized by Janie Ginocchio of the Arkansas Foundation for Medical Care (AFMC) and Dr. Alan Mease, medical director for child and adolescence health at the University of Arkansas for Medical Sciences, are working to try and make children less likely to go through such an adverse experience.

“We’re just now coming to the point, at least in Arkansas, where we’re recognizing it’s this childhood trauma that’s a root cause for a lot of the problems we’re facing as a state," said Ginocchio.

She says some of those problems include the foster care crisis, issues with chronic disease and obesity, drug addiction, and an increase in the incineration population.

“We think about incarceration, we’re usually thinking about keeping the person off the street," he said. "We’re not thinking about the implications that may have for their children. Unfortunately here in Arkansas, we have what I understand to be the fastest growing rate of incarceration in any state of the country.”

Dr. Long also says adverse childhood experiences can have a long-term effect on a child.

“Now we’re realizing that the impact goes far beyond the short term, and the impact of many of these events can last a lifetime and impacts adult health and, in fact, mortality; how long someone is going to live.”

Part of the problem, according to Dr. Alan Mease, is because our society doesn’t provide enough resources for parents.

“Everybody should have a parenting education class well before they become parents," he says. "Not just a class, but be plugged into a system to support them. That’s sort of our strategy, is to help parents develop more resilience so they can protect their kids and develop resilient factors.”

Some of the problem solving Dr. Mease is considering includes expanding the Women, Infants, and Children program, known as WIC.

“We’re looking at ways we can improve the support a mother gets in WIC beyond just nutritional support, but would include giving her support on how to nurture her baby. Feeding is more than just giving appropriate formula or breast feeding. There’s more to it and it involves the relationship between mother and baby and it’s a good point of entry for most mothers who are in the WIC program could benefit from some further mentoring on doing those things.” 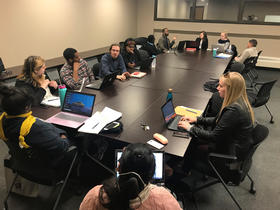 In partnership with the Arkansas Foundation for Medical Care, Dr. Kirk Leach is teaching a capstone class at the University of Arkansas at Little Rock. His graduate students are researching and analyzing the impact of adverse childhood experiences. They are compiling a packet for AFMC that will identify a state-by-state comparison of organizations and their work with the experiences.

“Once we put all these pieces together that AFMC would have a document that can help them move forward in public awareness and what we can do and what other states have done and how Arkansas can really be a leader in the nation of addressing ACEs," Dr. Leach said.

To do that, Ginocchio says the culture needs to change from asking what’s wrong with someone to what happened to someone.

"Child abuse is not something that you can just get over," Ginocchio said, "it has real physical and emotional damage that it can inflict. We have to work together as communities, as society and as a state to prevent and heal these adverse childhood experiences if we ever want to move forward and have any hope of surmounting the problem that this is the root cause of."