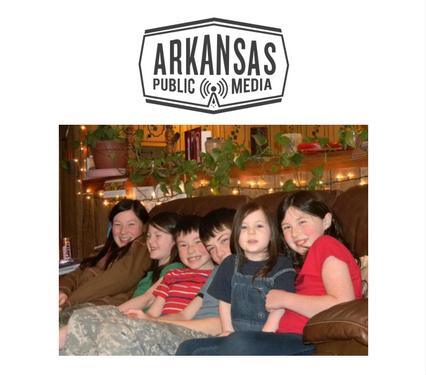 Rusti Barger, a stay-at-home mom of six, delivered her first two babies in the local hospital. When she became pregnant a third time in 1999, she and her husband David, from rural Faulkner County, chose to have a home birth. They hired a midwife who instructed her to undergo a state-mandated medical risk assessment. Barger made an appointment at the county public health clinic. And that’s where, she says, things went awry.

There had been complications with her second hospital birth. Barger’s son Lane had contracted group B strep, a common type of bacteria carried by 1 in 4 pregnant women. When spread from mother to child during delivery, it may pose a danger to newborns. The baby spent a week in neonatal intensive care, then was released.

So Barger, now pregnant with her third child seeking to deliver at home, asked the public health clinician to test her for the strep bacterium. The clinician refused, she says, insisting that Barger be tested for sexually transmitted diseases, to qualify for midwifery care. Barger countered she was not at risk, being in a long-committed marriage.

“They told me I was not allowed to refuse the pelvic exam," she says, "and if I did not submit to it, my midwife would lose her license.”

Barger eventually consented, but asked to reschedule because her two kids, who were with her, would be forced to witness the exam. The clinician, she says, told her no.

“At that point I didn’t have any option but to submit to a pelvic exam under force with my children present in the room,” she says, tearfully, “and the woman was very rough with me.”

Barger says for several days after she experienced bleeding and cramping. She never went back to the health clinic, choosing instead to pay an obstetrician out-of-pocket for the strep test.

Barger delivered her third child at home, unassisted she says, with no midwife or medical practitioner, only her family by her side. Over the next several years, she went on to deliver three more children at home, also unassisted, with no complications. 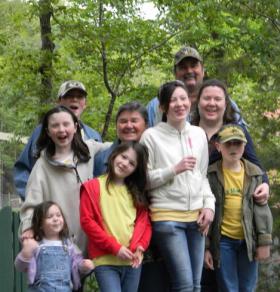 Barger failed to report her conflict with the county clinician to Arkansas Department of Health authorities. The department has maintained oversight of midwifery in Arkansas, under the state board of health, since 1987, mandated by the state legislature to protect women seeking a home birth. Licensed lay midwives are trained in prenatal, labor, delivery, and postpartum care. Certified Professional Midwives, credentialed though the North American Registry of Midwives, offer a higher level of medical expertise, as are certified Nurse Midwives, trained in duel disciplines. Lay midwives, who have no license, also deliver babies in Arkansas--under regulatory radar.

Twenty-seven licensed midwives currently deliver babies in birthing centers and at home in Arkansas, 250 in 2015 among an estimated 37,000 births statewide.

Kesha Chiappinelli is an attorney and a member of the national Birth Rights Bar Association. She represents Arkansas Birth Matters, a midwifery advocacy group with 1500 members across the state. She says compelling a pregnant women to undergo medical testing, to qualify for midwifery care, is a constitutional infringement and that proposed new regulations threaten to push the practice further underground.

“There are 15 different tests and procedures that mandate women submit themselves to, including close physical exams,” Chiappinelli says. The exams occur at intervals, and if the mother is found to be at risk at any point, she will have to abandon her midwife and seek a conventional medical provider. Obstetricians typically have strict patient care quotas, she says and are averse to taking on new patients late term.

"Under the draft regulations," Chiappinelli says, "a woman could lose her midwife very very late in the game, at around 42 weeks, so if you’ve eliminated midwifery care for that woman -- and by the way the client has paid for that care -- there is a financial impact." 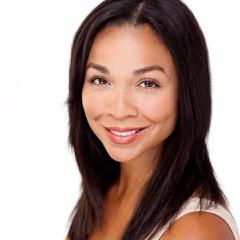 Conventional maternity cases also require comprehensive periodic checks, including documenting previous surgical or Caesarean births. Women who have delivered surgically are currently barred in Arkansas from being delivered by a licensed midwife due to risk of uterine rupture.

Mothers won’t be fined or jailed but their midwives, if caught, will lose their license.

Out-of-hospital births are becoming more common, due to rising health care costs as well as personal preferences for natural childbirth. According to the U.S. Centers for Disease Control and Prevention, nearly 2 percent of all births, more than 57,000 last count, now occur outside of a hospital the most since 1975.

In contrast, one-third of all U.S. births or 1.2 million, are surgical according to the CDC. Most are scheduled for medical reasons, but a growing number of doctors and moms schedule Caesarean births for convenience.

With major surgery, however, comes risk. Rates of maternity morbidity are higher for Caesarean birth compared to vaginal deliveries.

“And that’s what licensure does," she says, "[midwives] have to prove their education and training and are held accountable to the public if something goes wrong. We need to give them the autonomy to practice and use their skills and education."

Chiappinelli further points to a directive in an Arkansas public health welfare code that states, “the board shall not regulate the practice of medicine or healing nor interfere with the right of any citizen to employ the practitioner of his or her choice.”

Dr. Namvar Zohoori, Deputy Chief Science Officer at the Arkansas Department of Health, says no mother seeking midwifery care can be forced into any test, treatment or procedure. If they are, he says, women must report that clinician to appropriate authorities.

Zohoori says mothers under midwifery care, by law, must have independent medical risk assessments at the beginning, middle and end of pregnancy, which is critical to saving the lives of mothers and babies. 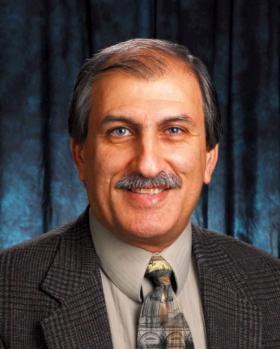 New midwifery rules if approved, he says, will allow mothers to refuse specific tests, but only if her licensed midwife is certified through the North American Registry of Midwives.

“Under the new proposed rules we are moving towards having better trained and certified midwives in Arkansas,” Zohoori says.

The Arkansas Board of Health recently approved a final revision of the draft rules governing the practice of licensed lay midwifery in Arkansas to be dispatched to the governor’s office for review. The document will then be posted for 30-day public comment, this summer, followed by state legislative review and final board approval.