Tennessee Criminalizes Camping Out On The Grounds Of The State Capitol

Now to Tennessee, where state leaders say they've had enough of the daily and nightly racial justice protests. Yesterday the state legislature passed a bill that would prevent protesters from camping out in front of the state Capitol. Lawmakers have criminalized so-called unauthorized camping, and they hope the governor will sign the bill soon. Sergio Martinez-Beltran of member station WPLN reports.

SERGIO MARTINEZ-BELTRAN, BYLINE: For over 60 days, protesters in Nashville have camped out at the War Memorial Plaza downtown. They want to meet with Tennessee Gov. Bill Lee, but so far, the governor has declined to talk to the dozens of racial justice activists. Instead, he has pushed and is now expected to sign a law that will criminalize overnight camping on state grounds, making it a felony. Here is Republican state Sen. John Stevens.

JOHN STEVENS: It's not their property. It's everyone's. And they're taking it over and keeping other people, who may want - have something else they want to say to us or the governor or anyone else.

MARTINEZ-BELTRAN: The measure also increases penalties for assaulting a first responder, rioting and vandalism. But for camping, violators would be charged with a felony and face up to six years in prison. And if convicted, they could also lose their voting rights. Stevens says it is meant to protect first responders, but he noted GOP-led legislature could make a link between the protesters at the Tennessee Capitol and violence.

The controversial measure has received pushback from some Republicans, most Democrats, and the state chapter of the American Civil Liberties Union. Hedy Weinberg, the ACLU executive director, says it is meant to intimidate those demonstrating against the government.

HEDY WEINBERG: It is a blatant attempt to chill the free speech rights of Tennesseans solely because many of these lawmakers don't agree with what the protesters are saying.

MARTINEZ-BELTRAN: The ACLU has yet to decide whether it will sue. In the meantime, they are asking the governor to veto the measure. Meanwhile, the protesters have increased their pushback. Yesterday, dozens of them, including Jonelle Christopher, chained themselves to a guardrail on the steps to the Capitol.

JONELLE CHRISTOPHER: I think that we're just citizens that want to fight for our rights and the everyday rights of all Black and brown Americans.

MARTINEZ-BELTRAN: Christopher vowed to continue protesting even if the law goes into effect. For NPR News, I'm Sergio Martinez-Beltran in Nashville. 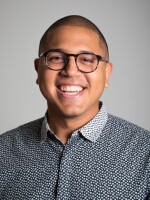