LITTLE ROCK, Ark. -- Child hunger is on the rise across Arkansas, and advocates warn families are struggling to access resources in communities far from interstate highways.

Even before the pandemic, Arkansas ranked second in the nation for childhood food insecurity.

One in four Arkansas children aren't sure where they'll get their next meal, but experts say the numbers could be higher since the start of the COVID-19 crisis.

Audrey Freshwater, Arkansas deputy director for Save the Children, said the U.S. Department of Agriculture is working with partners for its Farmers to Families Food Box Program who can get food out into the hands of children and families.

She noted her organization soon will begin unloading tractor-trailers full of food from producers and distribute them in rural areas.

"We are about to start another round of it, actually," Freshwater stated. "That will be happening within the next two weeks, we believe."

Tamara Sandberg, U.S. advisor for food security and nutrition at Save the Children, explained in regions with fewer food banks or greater transportation barriers, bringing food to a central location by truck is a promising model that could be modified across rural areas.

"Rural communities tend to be underserved," Sandberg remarked. "And if there's a food pantry in a rural community, it's often staffed by volunteers. It may only be open one day a month in some cases, and people may have trouble getting to it because of transportation barriers."

Freshwater pointed out Arkansas is one of the top five states for the prevalence of adverse childhood experiences. She said it is critical kids have continued access to nutritious food during the pandemic.

"And we know from the research that not having enough to eat is one of the things addressed on the questionnaire," Freshwater explained. "And the higher your adverse childhood experiences score is, the higher the risk factors are for the impact to overall health and well-being later on in life."

Around 27% of rural Arkansas children live in poverty, and 60% are eligible for free or reduced-price meals. 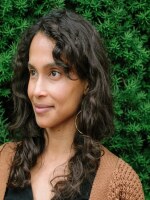