Consumer Reports, in partnership with a coalition of partners, is seeking better data on internet speed, reliability and affordability.

Today, Consumer Reports launched "Let's Broadband Together" in partnership with a coalition of groups across the United States, including the Rural Assembly, a program of the Center for Rural Strategies, which also publishes the Daily Yonder.

The project is asking consumers to submit their internet bills and download speeds to a national database that researchers and consumer advocates will use to analyze what American families pay for internet access and what their money buys them.

The rural implications of this effort are apparent. At least 60% of rural residents have said high-speed internet is a problem where they live, according to data from Pew Research Center.

"Broadband access is one of the most pressing civil rights issues of our time," said Whitney Kimball Coe, coordinator of the Rural Assembly. "For too long, rural places and Native communities have been on the losing end of the digital divide, unable to fully participate in the economic, social and cultural forces shaping our world today. The Rural Assembly is excited to partner on the Let's Broadband Together project to drive greater transparency and accountability around achieving quality, high-speed and affordable internet."

To participate in the campaign, consumers will be asked to share a monthly internet bill showing cost of service, to complete a speed test, and to fill in a short survey. The entire process is estimated to take about seven minutes. The goal of the "Let's Broadband Together" effort is to "find out what we're really getting for our money and advocate for a better internet that costs less," according to a Consumer Reports press release.

The data will be aggregated and analyzed to develop benchmarks around the cost of service and speed. The project will help analysts understand how and why prices and performance vary. No personally identifiable information will be recorded as part of the project's analysis, the press release stated. Participants will receive a free Consumer Reports membership and access to educational materials about broadband reliability and affordability.

Other organizations participating in the campaign include the National Digital Inclusion Alliance, the National Hispanic Media Coalition, Color of Change, Public Knowledge, the American Library Association, the Open Technology Institute and many more.

Consumer Reports, formed in 1936, focuses on empowering consumers and creating "truth, transparency, and fairness in the marketplace," according to its website. The organization's president, Maria Tellado, said internet access is a necessity, not a luxury.

"Broadband must be available, accessible, and affordable for all, including low-income households and rural areas," she said. "For too long, the true cost and quality of internet service have been hidden and obscured. We want to shine a light on what's really happening, so every American can have the quality internet they need to succeed today and into the future."

Partners in the project hope that better data will ultimately lead to smarter policy. Historically, official government tallies on internet access have relied on self-reported data from service providers, which tends to provide a limited view on availability and overlook issues with reliability and affordability.

Joshua Stager, deputy director of Broadband and Competition Policy at the Open Technology Institute, explained that this survey will allow organizations to hear directly from consumers.

"The federal government still does not collect this data," he said, "which often leaves policymakers and the public in the dark."

The goal of the campaign is to gather at least 30,000 consumer submissions by the end of September. You can participate by submitting your bill and speed test data at www.consumerreports.org/upload/broadband/?EXTKEY=BBA17EEC1C.

Adilia Watson wrote this article for The Daily Yonder. 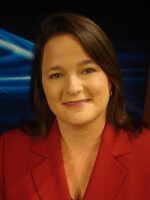 Suzanne Potter
Suzanne Potter is a journalist with 30 years of experience as a reporter for TV, radio and print news. She spent 15 years as a local TV news reporter in Palm Springs, CA and Providence, RI. She earned a B.A. in Mass Communications from UC Berkeley and spent a year at the Sorbonne in Paris. She lives in Palm Desert, CA, is married with four children and is a longtime leader with the Boy Scouts of America.
See stories by Suzanne Potter
Arkansas News Service
A statewide non-profit news service for Arkansas. Based in Little Rock as a bureau of the Public News Service.
See stories by Arkansas News Service