A redistricting challenge in Arkansas gets its first court hearing this month.

The lawsuit claims the Arkansas Board of Apportionment's new voting-district map for the state House of Representatives dilutes the voting power of Black residents. Filed by the ACLU of Arkansas, the suit alleges the map unnecessarily splits communities of interest, particularly African Americans living in the Upper Delta, Lower Delta, and Central and Southwest Arkansas.

"It's hard enough to get people to go out and vote now, and when you do things like this, you're taking their voice away, people are not going to vote," he said. "So, we want the court to bring it back to the state and say, 'Hey, you have to do a better map that represents the people.' There were multiple maps that were given that was not cutting districts in half."

The suit was filed on behalf of the Arkansas State Conference N-double-A-C-P and the Arkansas Public Policy Panel. The three Board of Apportionment members haven't commented on the lawsuit, although Gov. Asa Hutchinson has said he's pleased with the redistricting process and believes the maps will "shape equal representation" in the state.

A federal judge has scheduled a Jan. 27 hearing in the case. The suit alleges the House map violates the Voting Rights Act of 1965, which prohibits racial discrimination in election procedures.

When Black Arkansans are not adequately represented in democracy, said Holly Dickson, executive director of the ACLU of Arkansas, it erpetuates the systemic inequality they already face.

"That means that the elected representatives are less likely to listen to these voters on the issues that matter to them," she said. "So, it has a tremendous impact - but over a decade, can really erode progress that we absolutely need to be making in the state of Arkansas." 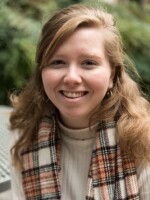