Suddenlink, in cooperation with KASU and the Arts@311, presents "Book Signing Boogie," with author Marvin Schwartz and the only original rockabilly band still performing regularly,Sonny Burgess and the Legendary Pacers. The event will be held at 311 South Church  Street in Jonesboro Tuesday November 18 from 4:00 to 6:00 p.m., beginning with  the author's presentation and a concert by Sonny Burgess and the Legendary Pacers immediately following.
A New York native and an Arkansan by choice, Marvin Schwarz is a professional writer whose work focuses on state culture and heritage. His eighth book, released in September 2014, is We Wanna Boogie: The Rockabilly Roots of Sonny Burgess and the Pacers.
Schwarz and his wife were in the audience at a Memphis music festival ten years ago when a band of men in their seventies took the stage and captivated the audience, including Schwarz who had never heard of Sonny Burgess. Fascinated with an original Sun Records label act, and the fact they were still performing, Schwarz felt that Sonny Burgess and the Pacers should be the subject of a book.
We Wanna Boogie, named for the Pacers' first Sun release (1956), includes a foreword by Gov. Mike Beebe, a Newport native, and an introduction by Burgess who has lived in Jackson County most of his life. The book is an interesting history of a band, of the early rock and roll era, and of Newport's place in river, railroad, and rockabilly lore.
Suddenlink's Governmental Affairs Manager LaDawn Fuhr, said, "Sonny Burgess is the International Godfather of Rockabilly. There are very few original rockabillies still performing - Jerry Lee Lewis, Wanda Jackson, and Ace Cannon, along with Sonny, comprise less than a handful. But only Sonny Burgess is still performing with members of his original band. Suddenlink is thrilled to partner with KASU and Arts@311 to recognize the work of Marvin Schwarz and to present the Pacers in performance."
KASU station manager Mike Doyle said "KASU is privileged to have Sonny host a program called "We Wanna Boogie" every week. Now Marvin Schwarz has written an incredibly interesting book of that name, about the band and the fascinating Rockabilly era. We want people to join us for the Book Signing Boogie- every chance to hear Sonny and the Legendary Pacers is precious and rewarding."

The event is free to the public. Copies of Schwarz’s book will be available for purchase and for signing by the author and members of the legendary band. 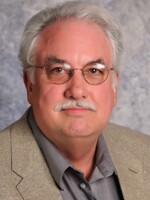