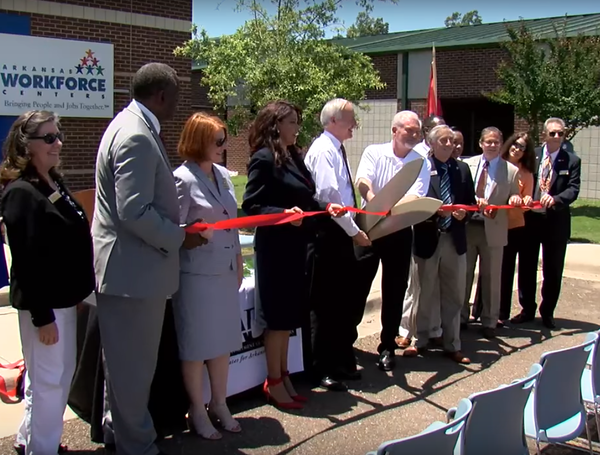 To make it easier for military veterans to file claims or get other assistance, nine regional state offices have opened in Arkansas over the last two years. Governor Asa Hutchinson took part in a ribbon-cutting ceremony Tuesday for the final Veterans Service Office which is located in Hope.

The offices were opened in an effort by the Arkansas Department of Veterans Affairs and the state Department of Workforce Services. The other offices are located in Fayetteville, Forrest City, Fort Smith, Jonesboro, North Little Rock, Monticello, Mountain Home and Russellville.

Hutchinson told the crowd in Hope that the regional offices are needed to make it easier for the state’s 250,000 veterans to get assistance.

"We need to move the service orientation for our veterans out of Little Rock to the regions of our state so it’s more accessible to them. Nothing wrong with Little Rock, that’s an important service area as well, but we don’t want everyone from Texarkana to Lake Village, from Jonesboro and Bentonville from having to drive to Little Rock to get service," Hutchinson said.

The new offices have already had an impact, the governor said, with the number of veterans getting help going from an average of 394 a month in 2015 to more than 1,200 a month now.

"That is a tripling of the veterans that are served and it’s because they have access."

Implementation of the plan began two years ago and the final office opened about three years earlier than originally expected.