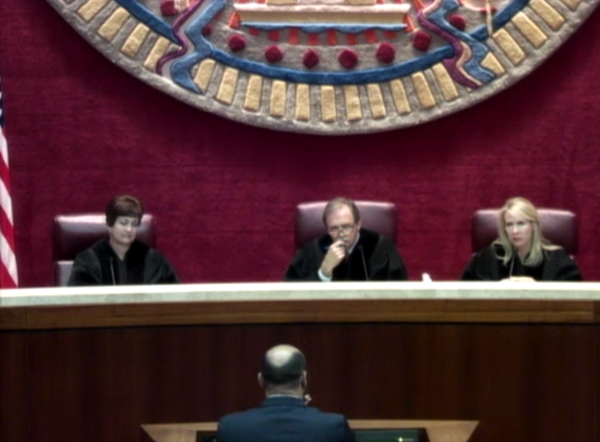 The Arkansas Supreme Court heard oral arguments Thursday in a challenge by the state to a circuit judge’s order that halted the issuing of medical marijuana cultivation licenses. It was also revealed that investigators are looking into allegations that a bribe was offered by one company to a member of the Medical Marijuana Commission.

Pulaski County Circuit Judge Wendell Griffen ruled in March that the process for how the commission decided which companies would get five licenses was constitutionally flawed. 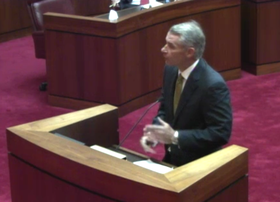 Attorney Jay Bequette, representing a company that did not get a license, told justices Thursday there was “substantial evidence of arbitrary, capricious actions by the commission.” He said wrongdoing included “an abuse of discretion” and a process that was “corrupt because there were improper purposes because of these conflicts of interest.”

He faced skepticism from several on the court, including Associate Justice Rhonda Wood, who said administrative decisions, like what Griffen issued without hold a hearing, may not be appealed.

Attorney Casey Castleberry, who represents three companies that were selected to become growers, also reiterated that argument. He also said the five companies chosen by the Medical Marijuana Commission have a right now to be awarded the coveted licenses.

“At this point your honor, we believe that the MMC is required by Amendment 98 and by its own rules to issue the licenses. In fact, we already believe we’ve already been issued a license.” Castleberry also argued that Judge Griffen didn’t have jurisdiction in the case.

No immediate ruling was made by the state’s highest court, which had agreed to hear the state’s appeal in an expedited manner because of the length of time needed to unveil the medical marijuana program by the end of the year.

Meanwhile Thursday, Arkansas Attorney General Leslie Rutledge's office said a member of the Medical Marijuana Commission is accusing an unsuccessful applicant for a cultivation license of trying to offer a bribe. The details were included in a previously sealed letter.

In a meeting with reporters later in the day, Gov. Asa Hutchinson called the allegation disturbing.

“It should concern anybody if you have allegations of an attempted bribery and that’s exactly where we are right now. That does not imply wrongdoing by any commissioner, that’s wrongdoing by some outside force.”

The Attorney General’s office says the bribery allegation is being investigated by law enforcement.