Societal Issues
Local and Regional Headlines
Here is where you can find news about Jonesboro, Craighead County, and Arkansas at large, as well as news for Missouri and Tennessee.

Arkansas ranks in the bottom ten of states in a new report on child well-being across the nation.

Rich Huddleston is the executive director of Arkansas Advocates for Children and Families. He said even though the state has made progress over the past decade, 22% - or about 152,000 kids - are living in poverty.

"The research is pretty clear that child poverty really can have a negative impact on child health," said Huddleston, "early brain development, school performance, their future employment and earning prospects and as a state can really weaken our future workforce and economy."

Huddleston noted that the poverty rates for Black, indigenous and other children of color is worse and that it's no coincidence. Rather, he said, it's the result of decades of discriminatory public policies at the state and national levels.

Leslie Boissiere, vice president for external affairs at the Casey Foundation, said there have been public policies - like the expansion of the Child Tax Credit during the pandemic - that pulled millions of kids across the nation out of poverty.

Unfortunately, she said the KIDS COUNT report finds the rates of anxiety and depression among children and young people have shot up. Boissiere noted that they were struggling before the pandemic.

"The pandemic absolutely exacerbated that," said Boissiere, "with schools closing, with lack of access to normal socialization that children would see - and we're seeing a particular increase in trends among Black and native children, and also LGBTQ children and young people."

Huddleston said Arkansas lawmakers are holding a special session, although the focus of the session is not child well-being.

"We're really encouraging our state policymakers to step away from doing tax cuts, which we've already done the last few years," said Huddleston, "and instead to make targeted investments in public policies that we know will improve child outcomes."

He said some policies that could improve families' lives in the state include extending health coverage eligibility for pregnant women and new mothers, making it easier to obtain food assistance, and overhauling harsh policies in the state's cash assistance program. 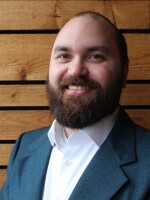