Nuclear engineer and ordained minister Chris Jones was selected Tuesday by voters to be the Democratic candidate for Arkansas governor in the primary election. According to the Associated Press, Jones garnered 70.6% of the votes.

In an interview with Arkansas PBS, he credited his message to voters for his victory.

In the general election, Jones will face Republican Sarah Huckabee Sanders, a press secretary for former President Donald Trump, and Libertarian Ricky Dale Harrington, who is a treatment coordinator for the Arkansas Department of Corrections.

“Chris Jones is a historic candidate. He’d be the first Black person nominated for governor, and I think that’s one thing very exciting about him,” McCullough said. “You just look at Chris Jones the person and he is so impressive. He’s got all these degrees and he’s a minister.”

She said Jones’ likeability and ideas will help fellow Democrats in down-ballot races for legislative seats.

Sanders, who is the favorite to win the November election, has said one of her main goals as governor would be to get rid of the state income tax. Jones said he doesn’t see a way to enact that plan, but isn’t against tax cuts.

“When you talk about cutting out the income tax, that’s a major revenue source for a state that has unpaid bills — our teachers are underpaid, we don’t have mental health services in our most rural areas and our roads and bridges are collapsing,” Jones said. “The question you have to ask yourself is if we eliminate the income tax then where are the resources going to come from. If you look at the states that eliminated the income tax they typically have higher property taxes or higher sales tax.”

Scott Hardin, the communications director for the Arkansas Department of Finance and Administration (DFA), said the state’s income tax accounted for $3.5 billion this fiscal year so far, which is about half of the state’s revenue.

The next governor of the state will inherit a budget surplus. Officials in the DFA and Bureau of Legislative Research project the state will have a billion-dollar surplus at the end of the fiscal year, which ends in June.

Voting for the general election will take place in November. Gov. Asa Hutchinson is term-limited and is possibly running for president once his term ends. Hutchinson did endorse Sanders during the primaries. 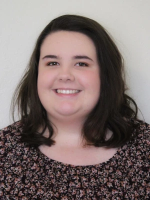 Remington Miller
Remington Miller serves as an intern at KUAR News as part of the George C. Douthit Endowed Scholarship program for the Fall 2021 semester. She is a student at UA Little Rock and studies Journalism and English. She will graduate in May 2022.
See stories by Remington Miller