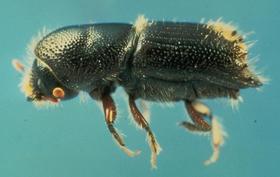 Tiny Ips beetles, about the size of a grain of rice, are posing a risk to pine forests in southwest Arkansas. The state Department of Agriculture is advising landowners to survey property, contact foresters, and consider clear cutting infested trees. Forest Health Specialist Chandler Barton, with the state Forestry Commission, says extreme drought levels are weakening trees and making them susceptible to insects and disease.

“The Ips bark beetle is a native beetle to Arkansas. At times, especially during drought, the insect can have outbreaks that affect loblolly and short leaf pine trees,” says Barton. “It normally has cycles of outbreaks during drought and we wanted to give warning that there might be an issue approaching us.” 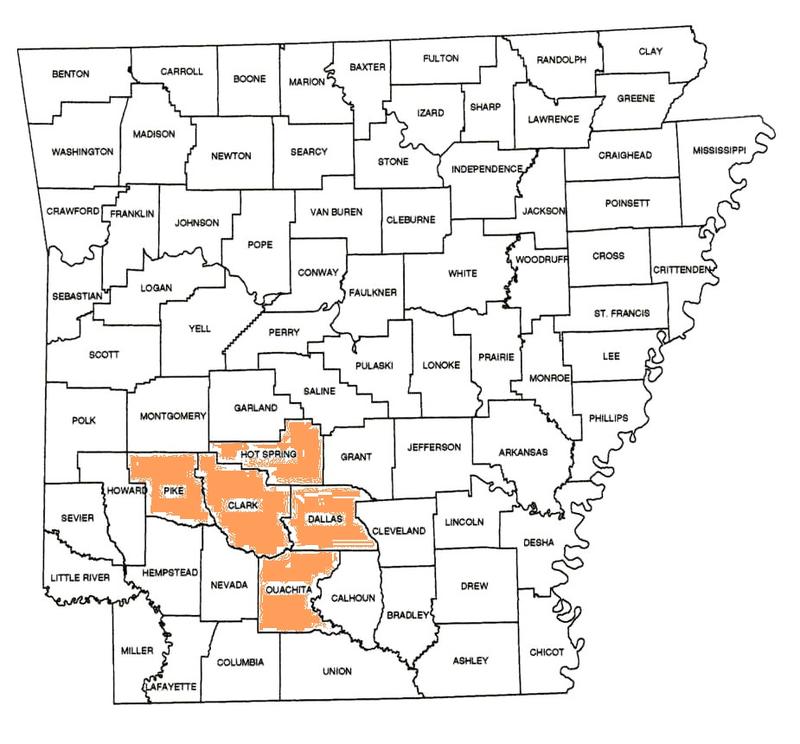 The latest U.S. Drought Monitor report shows southwest Arkansas is experiencing among the worst conditions in the nation. The Ips beetle outbreak warning was made following two aerial surveys identifying 102 problem spots in Clark, Pike, Dallas, Hot Spring, and Ouachita Counties. Drought has been common in the area since 2011.

The National Oceanic and Atmospheric Administration, the U.S. Department of Agriculture, and the National Drought Mitigation Center at the University of Nebraska-Lincoln produce the U.S. Drought Monitor report. Every county in the state is experiencing some drought conditions ranging from “abnormally dry” along portions of the Mississippi River to “extreme” conditions in more than a dozen southwest and north Arkansas counties. 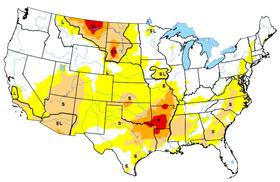 Ips beetles typically feed on dead and weakened trees. But the University of Florida's Entomology and Nematology Department warns that once the ball gets rolling on Ips feasting and thriving on susceptible trees, healthy trees can become a target.

Ips beetles usually colonize only those trees that are already stressed, declining, or fallen due to other environmental or biotic factors. Ips also readily colonize cut logs and slash, and are attracted to fresh pine odors. Infestations may occur in response to drought, root injury or disease, timber management activities, lightning strikes, or other stresses, and sometimes occur in association with attacks by Dendroctonus frontalis or Dendroctonus terebrans (Anderson and Anderson 1968, Lovelady et al. 1991, Miller 1983). When populations of Ips beetles are sufficiently high, they can overcome the defenses of apparently healthy trees by attacking in large numbers. However, Ips outbreaks are greatly limited in duration and spatial scale compared to outbreaks of the more aggressive Dendroctonus frontalis (Anderson 1977).