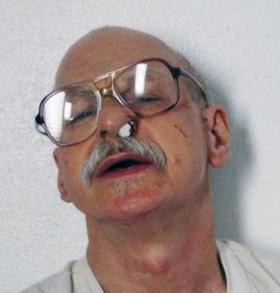 The execution of Arkansas death row inmate Jack Greene has been halted by the state Supreme Court. Justices granted an emergency stay on Tuesday for the execution slated for Thursday night. Greene’s attorneys argue he suffers from extreme mental illness and wouldn’t rationally understand his execution.

His legal team asked the state’s highest court to review a lower court ruling that the state’s prison director – not a medical professional – has the authority to determine whether a person is mentally competent to stand for execution.

Attorney General Leslie Rutledge’s office says it won’t fight the emergency stay and is declining to take the matter to the U.S. Supreme Court. In a statement, Governor Asa Hutchinson said he was “surprised” by the state Supreme Court’s decision.

“Last-minute delays are always very difficult and only prolong the justice the Burnett family was promised more than 20 years ago. This case has been reviewed by the courts on numerous occasions, and the state must now await further court action before the penalty given by an Arkansas jury is carried out.”

A letter from 28 mental health professionals was distributed to the governor’s office last month asking for mercy. It found Greene suffers from psychotic delusions and wouldn’t have a rational understanding of his execution. He regularly stuffs toilet paper in his nose and ears until they bleed and asked in his will to have his head removed after death.

“Mr. Greene’s illness manifests itself in extreme physical contortions, in self-mutilation, and in delusional beliefs he holds about a conspiracy against him between his attorneys and prison officials.”

The American Bar Association – which doesn’t have an official stance on the death penalty – also commented in recent days. The organization said it “has significant concerns about whether the death penalty is the appropriate punishment in his case in light his severe mental illness.”

The European Union’s ambassador to the United States sent Governor Hutchinson a letter as well. The EU “does not believe that the use of the death penalty can ever be justified” but also identified particular concerns with this case. Ambassador David O’Sullivan made a “humanitarian appeal.”

“The EU is aware that there are major concerns about Mr. Greene’s intellectual abilities and that post-conviction proceedings established an IQ of 76. Besides his potential intellectual disability, there are strong signs that Mr. Greene suffers from severe mental illness that renders him incompetent to be executed.”

Arkansas resumed executions in April after a nearly 12 year lull. The state had planned to kill eight men during an 11 day period.  Court intervention only allowed the state to kill four of those men. And since returning to carrying out the death penalty public opinion in the state has remained overwhelmingly strong for executions.

The University of Arkansas's 19th annual Arkansas Poll released on Tuesday found 72 percent of respondents support capital punishment. Only 16 percent of likely voters oppose the death penalty. That hasn't changed much since 2015 when 71 percent indicated approval of the death penalty. The poll was conducted between October 12-22nd.

LITTLE ROCK, Ark. (AP) - Arkansas' governor says he's unlikely to halt the execution next week of a convicted killer whose attorneys have argued is mentally incompetent to be put to death.

Gov. Asa Hutchinson said Friday he's seen nothing in the case file so far that would prompt him to grant clemency to death row inmate Jack Greene, who's scheduled to be put to death on Thursday.