Dr. Anthony Bland fell short in his 2018 attempt to win the lieutenant governor’s race in Arkansas, but that did not deter the Democrat from Little Rock from setting his sights on the state’s top job.

Bland, 43, told Talk Business & Politics he intends to seek the Democratic nomination for governor during the 2022 election cycle. He formally launched his campaign Wednesday (June 23) in Hot Springs.

“I’ve been advocating for change in this state for a long time,” he said.

Winning the governor’s seat in a state dominated by Republicans will be a challenge, Bland admits. But, the problems facing everyone in the state and finding the right solutions is a unifying problem that transcends parties, he added.

Several core issues Bland said he plans to campaign on are healthcare, education, and crafting an economy that provides jobs with better wages. The COVID-19 pandemic laid bare why expanded healthcare coverage is vitally needed in Arkansas, he said. Every single person in the state should be covered.

Education and teacher pay will be another priority. One of the single greatest factors that determines a person’s success is the quality of education they receive from an early age on, he said.

In terms of livable wages, Arkansas ranks near the bottom of all states virtually every year, he said. Public policy making must change to attract and create higher paying jobs.

“They (Republicans) have older people in their families and they have kids. They deal with these problems every single day. Republican voters know the importance of dealing with these issues and I plan to do that,” he said. 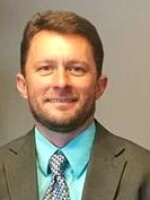