Money & Economy
Local and Regional Headlines
Here is where you can find news about Jonesboro, Craighead County, and Arkansas at large, as well as news for Missouri and Tennessee.

Sales tax collections in Jonesboro surge by double-digits in August

Although sales and use tax collections in Jonesboro and Craighead County had maintained a steady record pace in recent months, those collections had slowed when compared to earlier in the year. Collections surged by double digits in August, according to figures released by the city and the Craighead County Treasurer’s Department.

It’s the sixth month this year when city sales tax collections have topped $2 million. Jonesboro only had two such months during the first half of 2021, and none previous to that.

Sales tax numbers lag by 60 days meaning the numbers released were collected two months prior. Economists consider sales tax collections as a leading economic indicator, one that can show how a local economy can be expected to perform in the short-term.

The collections period typically cuts off during the last week of the month depending on how the calendar days fall.

Craighead County’s sales tax growth outpaced the city during the month of August. 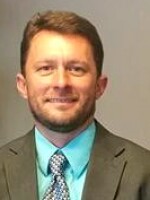