Politics
2022 Election News
These are stories related to the 2022 election.

A group recently submitted more than twice the number of signatures for a ballot issue that, if approved, would allow for adult-use or recreational cannabis in Arkansas. While the issue was conditionally certified to be on the November ballot, the Arkansas Supreme Court will decide whether the votes will count.

Responsible Growth Arkansas gathered more than 193,000 signatures, more than twice the 89,151 signatures required to make the ballot. In late July, Arkansas Secretary of State John Thurston confirmed the group had the signatures to meet the requirement. But in early August, the Arkansas Board of Election Commissioners, on which Thurston is chairman, denied certifying the ballot issue amid concerns regarding sufficient background checks for dispensary owners and limits on THC, tetrahydrocannabinol, a marijuana chemical.

Steve Lancaster, attorney for Wright Lindsey Jennings and spokesman for Responsible Growth Arkansas, appealed to the Supreme Court, and it ruled to conditionally certify the ballot issue. Lancaster said the ruling was needed to meet the Aug. 25 certification deadline, so the ballots could be printed on time.

“What it will ultimately boil down to is if they agree with us, that the ballot title is sufficient, then our votes will count in November,” he said. “If they decide for some reason that it’s not sufficient, it will still be on the ballot, but those votes won’t count. And they won’t be counted.”

He expects the court’s decision by the end of September, but it could come as late as early October.

Asked for a statement on why the Office of the Attorney General is working to oppose the ballot issue, communications director Amanda Priest provided the following: “The Attorney General has a duty under Arkansas law to provide legal representation to state officers and agencies.”

According to the Supreme Court appeal, the respondents are Thurston and the State Board of Election Commissioners.

In a recent TV interview with Roby Brock on “Talk Business & Politics,” Lancaster said the support for the issue shows “voters are ready for this.” The support is being driven both within Arkansas and outside the state.

“This is something that is coming our way,” he said. “We can either be a part of it, or we’re going to lose out to some of our neighboring states in jobs and tax revenue for the state.”

Lancaster said that would be an extension of the existing business with which those in the industry have already been involved and have invested.

On a federal level, all marijuana remains illegal.

“It’s a highly regulated environment,” he said. “We anticipate that it’s going to continue to be highly regulated. So we think it needs to be with people familiar with the industry, know how to navigate the regulations that go along with it and get the product out to people.”

AMENDMENT DETAILS
According to the proposed amendment, adults could carry up to 1 ounce of cannabis and use and consume it. The law would limit the number of dispensaries and cultivation facilities to 120 and 12, respectively. Of the 120 dispensaries, 40 would be selected by lottery.

The proposed amendment would eliminate the existing sales tax on medical marijuana, and a supplemental state sales tax of up to 10% would be allowed on retail cannabis sales. A portion of the tax proceeds would be used for an annual stipend for law enforcement officers, the University of Arkansas for Medical Sciences and drug court programs. The remainder of the proceeds would go to the state’s general revenue.

Lancaster said the group is working with economists to determine sales tax estimates. Still, the receipts would likely triple the current level of revenue generated from medical marijuana in the state.

According to the Arkansas Department of Finance and Administration, the state collected $15.8 million in tax revenue from medical marijuana sales in the first half of 2022, down from $16.9 million in the same period in 2021.

Lancaster explained the proposed amendment as a first step in what could ultimately lead the state legislature to address “expungement and social equity.”

ISSUE CHALLENGES
This election cycle, Lancaster noted one of the challenges in gathering the signatures required for the ballot issue was that Arkansas residents must collect them. In the past, organizers could hire people from out of state to come and gather signatures.

As of June 30, Responsible Growth Arkansas had raised $3.2 million and spent $2.3 million on signature gathering, according to a recent financial disclosure report.

“We did what we needed to do to comply with Arkansas law but also get our signatures,” Lancaster said. “Thankfully, we had people who were very excited to come and sign our petition.”

Lancaster said the group received signatures from every county in Arkansas.

“People…want this, and we want to be able to provide this to Arkansans in a responsible way,” he said. “That’s, I think, one of the biggest distinctions between what we’re trying to do and some of the other efforts. We understand that it needs to be regulated. For those folks who are not necessarily supporters of this, we want them to know that we’re going to do this in a responsible way. We’re going to limit the number of stores. It’s not going to be on every corner. There’s not a home grow component. It’s going to be controlled, be able to be taxed and the quality and the quantities are going to be controlled to some degree.”

He emphasized that cannabis products won’t be packaged in a way appealing to children.

According to a February survey by Talk Business & Politics and Hendrix College, 53.5% of Arkansas voters support legalizing marijuana for adults.

LAW VIEWS
Whitfield Hyman, attorney for King Law Group in Fort Smith, said he will vote in favor of recreational marijuana. But he expects if it were to become legal, it would lead to a loss in revenue for criminal defense lawyers.

Hyman, a criminal defense attorney, attributed at least 25% of his revenue to marijuana-related cases. He’s uncertain what attorneys would do to compensate for the lost income, but he said they would need to pivot to other clients with money.

“Police use the alleged odor of marijuana to search vehicles,” he said. “Even when no marijuana is found, the results of the searches are still used against people.”

Also, he said people with medical marijuana cards have been charged with marijuana possession “by police officers and prosecutors who refuse to read the amendment.” He added that those with cards that’d recently expired faced the possession charges, but the same prosecutors have dropped charges against those who showed their recently expired prescription for prescribed drugs.

“Recreational marijuana is necessary because the government and their employees prove time and time again that they will abuse discretion and use their immunity from lawsuits to hurt the least powerful among us,” Hyman said.

Asked how legalizing recreational marijuana would affect policing, Bill Sadler, public information officer for Arkansas State Police, said, “with the ballot initiative still not certified and absent any inkling what verbiage may be proffered in the final codification of changes, it would be problematic, if not impossible, to answer your question.”

He added that without a statute in place, “a response would merely be a conjecture. Regardless of any modification, the Arkansas State Police will enforce the law.”

When asked for thoughts on whether such a law would prevent police from using the smell of marijuana as cause to search a vehicle, Sadler said, “should ratification by referendum occur and only after the applicable statutes in the Arkansas Code are codified, any response would be a supposition.”

Goswami said over the past three to four years, he’s developed a cannabis practice, and the industry comprises about 75% of his work. He started practicing as an attorney in 2016 before the medical marijuana amendment was approved.

“Because it’s not an existing type of establishment in the market, I think there’s going to be a lot of lawyers who are very busy,” he said. “Lawyers will be happy with the amendment when and if it passes.”

He said he supports the democratic process and praised the work of the group that submitted the signatures for the ballot issue. 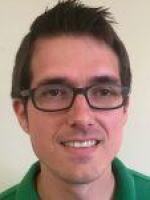