Report: Arkansas among the most negatively impacted states in ongoing trade wars

President Donald Trump has imposed billions of dollars in tariffs on Chinese imports this year, and China has struck back with retaliatory tariffs of its own. Those tariffs are targeted on agriculture imports, and many of the impacted states voted for Trump in the 2016 presidential election, according to a new study released Tuesday (Aug. 7), and conducted by the Walton Family Foundation in Bentonville as part of its Heartland Project.

“China clearly chose strategically to target these crops for retaliatory tariffs to impart the greatest economic damages to President Trump’s base of supporters,” said Ross DeVol, a fellow at the Walton Family Foundation and chief researcher for the report. “China’s tariff increases on U.S. crops will be felt in the Heartland to a higher degree than anywhere else.”

The Heartland, as defined in the project, is the swath of states across the middle of the country, stretching from Alabama to Texas, through the Midwest as far east as Michigan and then as far west as North Dakota. Five crops predominately grown in these states — corn, rice, soybeans, cotton, and wheat — are the primary targets of Chinese import tariffs, DeVol said. Those crops are subject to an additional 25% tariff.

Finding a criteria to quantify the impact was a challenge, he said. During the past 100 years the number of people employed in farming has dropped from 11 million to 2.5 million, even though the acreage is about the same and crop production has increased significantly, according to the study.

To create a measurable metric, researchers tabulated those five crop values in counties throughout the country per capita. The values ranged from zero dollars to up to $58,090 in crop production value per person in each. Researchers found that 78 of the 82 counties in the U.S. that had crop production values of $20,000 or more were in the Heartland zone. Personal incomes of many in these counties could be impacted, and not just those who work on farms, the study concluded.

“Personal income and crop production value are not directly comparable because income received from crop production may go to farmers residing outside of the county,” DeVol wrote in his report. “However, seeds, equipment, and chemicals will be bought from local businesses; farm operating loans will be provided by local banks; and these crops will be bought and processed by local elevators and gins. Incomes from these farming-related activities will then go on to support other regional businesses.”

Counties in Arkansas’s Delta region were among the highest crop values per capita, according to the metric. Four of the five crops — soybeans, corn, cotton, and rice — are grown in abundance in the region. Soybeans are Arkansas’s top crop, and it’s the second-most exported crop from the U.S., according to the U.S. Department of Agriculture’s National Agriculture Statistics Service (NASS). Arkansas soybean farmers harvested 3.5 million acres in 2017, and the crop has a value of $1.74 billion, according to NASS. Farmers had yields of 51 bushels per acre, NASS reported.

Soybeans are expected to be the most impacted crop, and its values have dropped 20% since earlier this spring when beans sold for $10.39 per bushel. Soybean prices dropped to almost $8 per bushel earlier this summer, but have been on the rebound in recent weeks. August futures for soybean bushels traded at $8.89 as Tuesday afternoon.

DeVol’s research is part of a one-year tenure at the foundation, part of the Walton Fellows program. His most in-depth and expansive research since joining the foundation last fall falls in line with his objective — to assess opportunities for regional innovation ecosystems that foster job creation, wage gains and economic growth for Middle America residents.

He will also work with universities and colleges, the business community and philanthropy to analyze resources that support the startup community and identify workforce and talent gaps.

Trump has proposed a $12 billion aid package to help farmers, but it will only last this year. A trade war like this could impact farmers for several years as agricultural trade practices may shift, as other countries look for new places to buy products.

“China’s tariff increases on U.S. crops will be felt in the Heartland to a higher degree than anywhere else. An additional 25% tariff may not seem like much in comparison to some tariffs across the world,” DeVol wrote in the report. “Yet, for places like … the Mississippi Delta, that rely so heavily on these five crops, and, therefore, on their export to China, it could prove to be devastating to their economic prospects, which are just beginning to improve. The White House may have given itself a year to negotiate those tariffs away before any devastation ensues, but it is going to be a tense 12 months in the middle of America.” 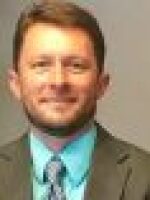